2018 was a freakin’ fantastic year for poprock! How do I know? Every year-end I put together a playlist of tunes released that year. In 2016 it consisted of 58 songs clocking in at just over 3 hours. By 2017 that list expanded to 98 songs running over 5 hours. This year the list exploded to 175 songs going on for over 9 hours! My list of should-be hit singles had to expand to a top 50 just to accommodate all this talent. Hit the links below to find each artist as featured in my original blog post this past year or to go to their bandcamp or Facebook page if I didn’t write them up.

So, without further ado, here is Poprock Record’s should-be hit singles for 2018:

For the second year running Daisy House tops my list of should-be hit singles. I have simply run out of superlatives to describe the musical genius of this band. Great songwriting, a killer 1960s vibe, flawless production and performance – it just doesn’t get any better than this. Do yourself a favour and head over to Bandcamp to download their whole catalogue. Oberon Rose came a close second with what must be one of the coolest singles rolled out this year. Ruler ruled my playlist for a good part of 2018, with “Unhindered Place” just one of the great songs on his album. I love the way William Duke’s guitar sounds like a jangle waterfall on his hooky masterpiece “Carole and Silver Screen.” And Aaron Lee Tasjan is a real find – so many possible selections – but more on that with my upcoming ‘20 must-have LPs for 2018’ post. I could go on … (but click on the links to get the full story).

I hope you enjoy these fifty songs enough to click on over to some of the artists’ web real estate and help them along career-wise. 2019 promises to be another hungry year for many of these mostly struggling artists – so do your part: buy their music and go see them live when they come to your town.

Flip For It, Modern Space, Sharks and Other Dangers, Summer Magic 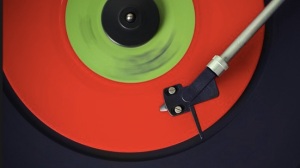 The research and development side of this operation is skint. There’s just too much music to explore and not enough time to check all the possible sources of great new music. So sometimes I cheat. When I really want some quality I head over to Don Valentine’s I Don’t Hear a Single to catch up on what he’s found. Don’s plugged into some secret power pop society that funnels him only the finest jangle-inflected, melody-drenched rock and roll. Seriously, aside from the occasional foray into his prog-influenced youth, Don seldom lets me down. Like these two exhibits: Summer Magic and Modern Space – great albums full of should be hit singles.

Summer Magic’s Sharks and Other Dangers combines a late 1970s new wave sensibility with a contemporary power pop sound that could easily be filed next to recent releases like Ruler’s Winning Star Champion or Caddy’s Ten Times Four. It’s all captured on the opening track and obvious single, “Hey.” But the whole record is worth getting to know. Check out the killer B52’s guitar rumble undergirding “Tracing a Bird on Construction Paper,” or the very Beatles Revolver vibe of “Charles de Gaulle,” or the late 1960s sunshine pop sound of “Attraction Corridors,” or the new wave-meets-Beach Boys aura of “A Certain Little Chord.” Another candidate for single would be the hook-riddled “By Your Side,” which somehow manages to make the distinctive sax bleat of the 1980s sound cool again. 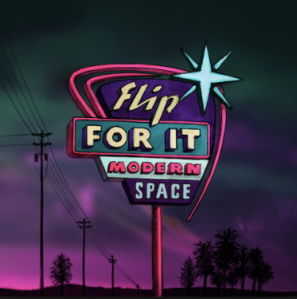 Meanwhile right in my own Canadian backyard can be found the stupendous Modern Space who manage to blend melodic guitar rock and roll with an addictive dance groove. Reviewers have drawn comparisons with The Vaccines and I would agree but add Vancouver’s Zolas as well as Portugal the Man, particularly on the toe-tapping single “Flip For It” and the relentlessly hooky “Do or Dare.” And then there is the melodic standout, “Ship is Sinking,” a hip-swaying, arm-waving, crowd sing-along, for sure. And for a more traditional rock and roll approach click on “Come and Get It.” Be forewarned, Flip For It is a Saturday night dance party album.Do Or DareShip is Sinking

Don and I would love to see these two act explode into super stardom. Why not help us out? Visit Summer Magic and Modern Space online right now and do your part.