Shamelessly exploit an emerging health crisis for some weak blog tie-in? Not our style friends. Think of this as a public service, designed to distract you from the impending end of the world as we know it. As someone once said, if we’re going to have to go, we might as well go out singing!

Not that we should get too excited. Phoebe Bridgers captures a bit of the aura of impending doom that’s all about on her low key but catchy “Motion Sickness.” By contrast, The Popravinas “Almost Sick” almost sounds celebratory in a country ‘my truck died’ sort of way. KC Bowman’s crew of musical friends also have a timely tune in their Preoccupied Pipers guise with the sprightly “Sick Time.” On the other hand, Swedish/German duo It’s a Musical get right to the point with the quirky “The Music Makes Me Sick” (disclaimer: no music on this site will actually make you sick). Another KC Bowman vehicle is the cleverly named Stik Pinz and they sound positively blissed out to get some “Medical Time.” Well, who wouldn’t, under our present circumstances? Can I get a doctor? That might be what Chris Von Sneidern is saying on “Doctor.” Then again, the album is called Big White Lies so who knows. It’s a lovely song and that’s all my prescription guarantees. The Lolas get a little more specific with “Doctor Apache” and they’ve pretty’d up their usual rocking sound with some lovely jangly guitar argpeggiations. Juliana Hatfield has turned out so many great, underappreciated LPs. Like Pussycat, with its topical “I Wanna Be Your Disease.” Working the Americana side of the poprock street, The River and the Road layer in the banjo to earworm up their thematic contribution, “Strange Disease” and it works! Just the musical cure we’re looking for. And for the wrap, how about some Bill Lloyd from his fab 2018 album, Working the Long Game in the form of “What Time Won’t Heal.” Hopefully, if our preparations were effective, you’ve been toe-tapping your way to distraction and forgot all about … what was that news headline?

Time to pull together people. Even as we practice some social distancing to survive in the days and weeks ahead, we can always let the music bring us together. Click the links above and bring some money-joy to our performers as they tart up their quarantine quarters, er, I mean, wherever they call home!

It’s a new year – time to break out some brand new 2019 material. This collection of hooky poprock gems are fresh and date-stamped with the new year!

Manchester’s The Maple State formed in 2004, gigged until 2008, and then took a break before releasing a stellar comeback album in 2018, Things I Heard at the Party. Keeping up the momentum, they’re back this month with a double-A sided single release, “Germany” / “A Notion.” On first listen, the band sounds a bit post-punk until you hit the chorus on “Germany” and some pretty glorious power pop kicks in. Meanwhile, “A Notion” is more low key but still swinging, achieving an almost campfire sing-along sense of atmospheric fun. By contrast, Juliana Hatfield has never really gone away (and that’s a good thing!). Year after year she puts out pretty amazing albums, like last year’s phenomenal tribute to Olivia Newton John (check out Hatfield’s take on “Magic” – wow!). Her new, just released album is Weird and it is wonderfully so with another 11 strong tracks, though I’m presently hitting replay on “Sugar.” Somehow Hatfield makes her conflicted feelings about it clever, catchy and hilarious. 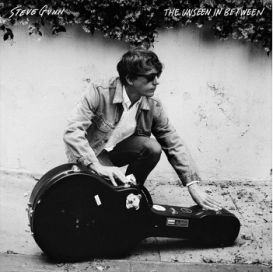 Scotland’s seeming bottomless pit of quality jangle gains more depth with Aberdeen’s The Vapour Trails. Their new extended 3 song single is named for one of the songs, “Godspeed It” but I’m more drawn the Rickenbacker-anchored jangle driving “The Inner Truth.” The vibe is a perfect distillation of late 1960s Byrdsian sibilant ringing guitar and nice harmonies. And the demo of their previously released “Golden Sunshine” is pretty special too. Though hailing from Pennsylvania and largely known for his distinctive guitar work, Steve Gunn has nailed a pretty ace Crowded House vibe on “Vagabond” from his new album The Unseen in Between. I mean, the guitar works here is still fantastic but it rightly remains secondary to his evocative melody and vocals. Rounding things out is some super-charged California pop from The Popravinas with their new single, “Sofia (CMU).” I love the candy-coated vocals on this track. Very late 1970s power pop, a vein mined by a host a great bands like The Connection and Tommy and Rockets. Looking forward to the band’s soon-to-released new album!

A new year means bills to pay from all that stuff last year. Help The Maple State, Juliana Hatfield, The Vapour Trails, Steve Gunn and The Popravinas make 2019 their greenest year ever.

I wonder sometimes if the mail person has mistaken my address for Quality Street because the submissions arriving in the Poprock Record mailbag have been pretty spectacular. This week’s selections run the gamut of cabaret pop, textured top 40, straight up party rock and roll, and punky riffsters. 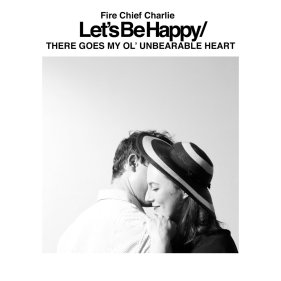 The tuneful Adam Merrin (we featured him here) sent a note about Fire Chief Charlie, a band whose latest record, Chances Are, he produced and played on. This submission is definitely a border case, a bit more art rock than poprock. And yet I find their latest single “Let’s Be Happy” so intriguing. The male vocals remind me of Roxy Music era Bryan Ferry, the guitar lines are languid and suggestive, while the pacing is almost plodding until it suddenly changes up. Repeated listening creates a hypnotic effect, bringing out the song’s subtle hooks. The single’s B-side, “There Goes My Ol’ Unbearable Heart,” is also a nice number, strummy with just a slight hint of country twang and a dreamy (but short) guitar solo. 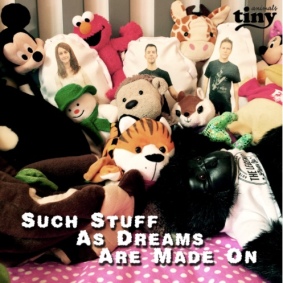 The new record from Tiny Animals comes a long six years after their last long player. To make up for lost time, they have crafted a full blown concept album, Such Stuff That Dreams Are Made On, that takes us through a night of dreaming and the bleary, sometimes nonsensical imagery that accompanies sleep (or the lack thereof). As with previous Tiny Animals albums, the sound is crisp and finely textured, often built up layer by sonic layer. The songs are sequenced seamlessly without break but some contributions are more single-ready (some more experimental) than others. I would send radio “She’s Gonna Find Out” with its quirky and catchy opener, the hooky “Stalker” which features some great vocal effects, the strolling-on-a-sunny-day “Wait, Wait, Wait,” and the band’s own choice for first release and video, “Up, Up, and Away.” And in something totally unrelated to this release, check out the band’s hilarious medley of 1980s sitcom theme songs!She’s Gonna Find OutUp, Up, and Away 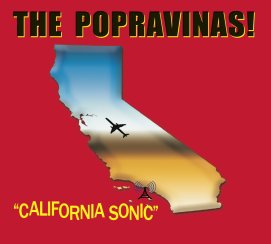 The Popravinas have a easygoing, melodic rock n’ roll sound – they perform like they’ve been playing together forever. Their sound combines both acoustic and electric guitars, punchy lead lines, AM transistored vocals, a bit of California country rock at times, and a general party vibe. The whole album is enjoyable but “Santa Monica Moon,” “Wow,” and “Top of the Heartache” are stand out tracks for me. Still, if I had pick something for a single I think I’d go with “Alone Ain’t So Bad” with its slightly stronger edge of rock and roll insurgency, nice vocal arrangement, and just a bit of banjo. Hit play and let the beer flow. 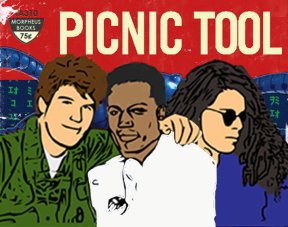 We torque up the rock quotient with selections from Picnic Tool’s tart and saucy EP Einstein. The title track is a talky, rumbly rock workout full of hilarious asides, while “Chinese Heart” has a more spare sound, held together by a strong, hooky lead guitar line. By comparison “I Love the Truth” sounds more conventional if only because it features actual singing along with some nice harmonica breaks, built on a great neo-1950s music bed. Things wrap up with the fun “… About Gurls,” a crisp new wavey number full of super riffs. And then, it’s over. Even for an EP Einstein ends all too soon. 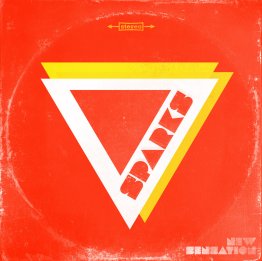 Dramatic, almost Queen-like in its changes and intensity, V Sparks grabs you and doesn’t let go on its New Sensation EP. While the record has a number of strong songs, I remain most captivated by “Death of a Star.” From the opening keyboards, the song twists and turns so often you may feel it has lost its way. But when it hits the chorus you’re in a melodic sweet spot that you just don’t want to end. A remarkable effort that makes you wonder where this band will go next.

Fire Chief Charlie, Tiny Animals, The Popravinas, Picnic Tool and V Sparks are sending me mail but really they’d like to hear from you. Make at least one of them your favourite new band today.