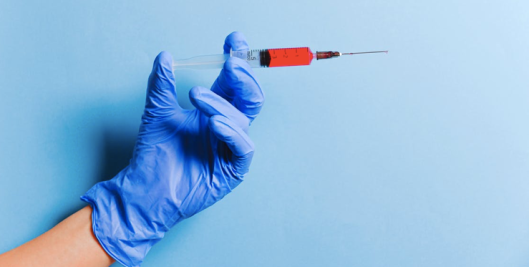 Shamelessly exploit an emerging health crisis for some weak blog tie-in? Not our style friends. Think of this as a public service, designed to distract you from the impending end of the world as we know it. As someone once said, if we’re going to have to go, we might as well go out singing!

Not that we should get too excited. Phoebe Bridgers captures a bit of the aura of impending doom that’s all about on her low key but catchy “Motion Sickness.” By contrast, The Popravinas “Almost Sick” almost sounds celebratory in a country ‘my truck died’ sort of way. KC Bowman’s crew of musical friends also have a timely tune in their Preoccupied Pipers guise with the sprightly “Sick Time.” On the other hand, Swedish/German duo It’s a Musical get right to the point with the quirky “The Music Makes Me Sick” (disclaimer: no music on this site will actually make you sick). Another KC Bowman vehicle is the cleverly named Stik Pinz and they sound positively blissed out to get some “Medical Time.” Well, who wouldn’t, under our present circumstances? Can I get a doctor? That might be what Chris Von Sneidern is saying on “Doctor.” Then again, the album is called Big White Lies so who knows. It’s a lovely song and that’s all my prescription guarantees. The Lolas get a little more specific with “Doctor Apache” and they’ve pretty’d up their usual rocking sound with some lovely jangly guitar argpeggiations. Juliana Hatfield has turned out so many great, underappreciated LPs. Like Pussycat, with its topical “I Wanna Be Your Disease.” Working the Americana side of the poprock street, The River and the Road layer in the banjo to earworm up their thematic contribution, “Strange Disease” and it works! Just the musical cure we’re looking for. And for the wrap, how about some Bill Lloyd from his fab 2018 album, Working the Long Game in the form of “What Time Won’t Heal.” Hopefully, if our preparations were effective, you’ve been toe-tapping your way to distraction and forgot all about … what was that news headline?

Time to pull together people. Even as we practice some social distancing to survive in the days and weeks ahead, we can always let the music bring us together. Click the links above and bring some money-joy to our performers as they tart up their quarantine quarters, er, I mean, wherever they call home!

2 thoughts on “Music to live through a pandemic by”