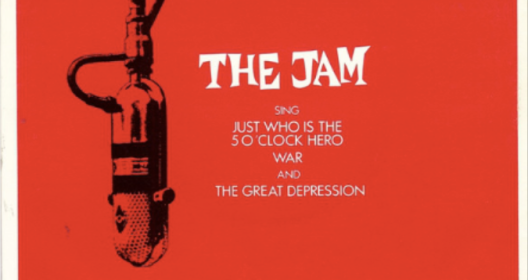 I have an unerring knack of discovering artists or bands at the very point their career is about to implode, call it quits, or forget how to write songs. So it was with The Jam. Living in my parents’ basement in godforsaken North Burnaby I somehow got wind of “A Town Called Malice” in grade 11 and I was hooked. I was an instant Jam-o-phile! The band’s tight Who-meets-Beatles sort-of new wave sound was right up my alley. From then I only got to enjoy the two extended singles (“The Bitterest Pill” and “Beat Surrender”) before they disbanded in 1982. Sure, I signed on to The Style Council and their first few records were nice but it just wasn’t the same. Not even close. But after the Style Council split I thought perhaps Weller would get back to some Jam-like stuff as a solo artist. For the most part I’m still waiting.

Paul Weller has released 15 solo albums since 1992 and I’ve waded through them all, needle dropping every cut for signs of something reminiscent of anything from the Jam’s 5 year, six album run. After reviewing the roughly 200 tracks that populate all those Weller solo albums, I can find (IMHO) only one truly Jam-worthy cut: “Friday Street” from 1997’s Heavy Soul. The guitar, the harmonies, the subtle hook in the chorus all sound Jam-ish enough to me to be squeezed onto any of the band’s mid to late releases.

Perhaps you have a strong opinion about some other Weller solo cut that you think is suitably Jam-like that I’ve overlooked? If you do, please let me know – I’d love to find more!