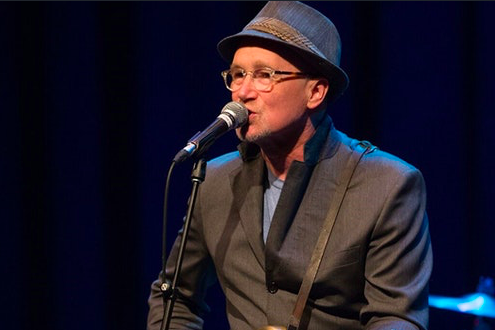 Marshall Crenshaw has long been my fave solo artist. Why MC? Maybe it was the glasses – he looked kinda smart and rock and roll. But what first caught my attention was the 1000 watt hook lighting up Field Day’s first single, “Whenever You’re on My Mind.” Has anyone recorded a more perfect seven seconds of poprock intro? I don’t think so. But then I’ve always been a sucker for a stunning lead guitar line – stuff like the Beatles’ “I Feel Fine” and “Day Tripper” or the Church’s “Unguarded Moment” and Big Country’s “In a Big Country.” But it’s more than just hooks that makes Crenshaw a poprock legend, there’s something about his songs that can always toggle the joy and an involuntary smile from me. And it’s all there with his combination of 1950s Buddy Holly and Everly’s roots, Beatlesque melodies and a 1980s new wave/indie delivery. 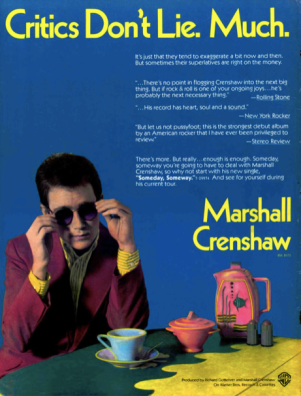 With ten albums, six EPs, and a host of one-off singles, compilation contributions and covers there’s plenty of Crenshaw to choose from. What follows is just my whirlwind and idiosyncratic take on a pretty fabulous and inventive career. Now to begin, let’s be clear that MC’s first two albums, the self-titled Marshall Crenshaw and Field Day, are pretty much poprock perfection. I shouldn’t single anything out – these records are nonstop ear candy. I’ll say this much, you can dance to “She Can’t Dance” while “One Day With You” is a masterclass in melodic songcraft. Funny, though I first heard MC via Field Day’s initial single, I didn’t pick up the album until years later. Problem was, as an older release (by one year when I first heard it!) the damn record never went on sale at my local retailer. 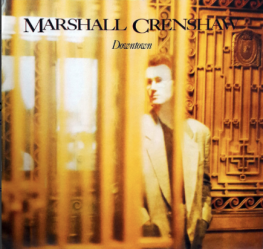 The first Crenshaw album I really got into in real time (i.e. when it was released) was Downtown and it remains my favourite, mostly for sentimental reasons. I bought it and played it non-stop in my first one-room apartment in Vancouver’s West End. It was both a declaration of adult independence and – thematically, with its retro 1960s Warner Brothers vibe –  a strong link to my parents’ record collection. The album rocks on tracks like “Right Now,” “Little Wild One,” “Terrifying Love,” and “(We’re Gonna) Shake Up Their Minds” while Everly-ing the hell out of “Vague Memory” and “Lesson Number One.” 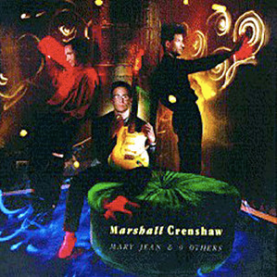 From then on I’ve pretty much picked up every EC release as soon as they hit the shelves and never been disappointed. If you’re just starting out, here would be my picks from each to get you into the groove. From 1987’s Mary Jean & 9 Others I’d drop the needle on “Mary Jean” and “Calling Out for Love at Crying Time.” You really get a sense of Crenshaw’s mastery of the hooky lead line here. 1989’s Good Evening is hard to make choices over given its exquisite, dynamic mix of originals and covers. Personally I love “Someplace Love Can’t Find Me,” “She Hates to Go Home,” and “On the Run” but really I feel like I’m choosing which limb to hack off because every song here is pretty special. In 1991 MC left Warners for MCA with Life’s Too Short. In interviews for the record Crenshaw talked about the work he put into extending his guitar technique and it showed on should-be hit singles like “Delilah,” “Fantastic Planet of Love,” and “Don’t Disappear Now.” 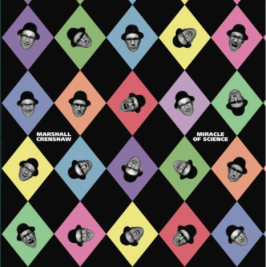 And then Crenshaw left the major label scene altogether for the relative freedom of more independent releases, first with Razor and Tie and then with his own 429 Records. Since then he’s moved in some new directions musically but always offered up some melodic poprock gems, like “What Do You Dream Of?” and “Starless Summer Sky” from 1996’s Miracle of Science, or “Television Light” and “Right There in Front of Me” from 1999’s #447. In the new millennium there’s been “A Few Thousand Days Ago” from 2003’s What’s in the Bag? and “Long Hard Road” from 2009’s Jaggedland. #395 is MC’s EP collection from 2015, a kind of quasi-album at 14 tracks, and it sees Crenshaw back in excellent form with “Moving Now,” “Front Page News,” and a killer Bobby Fuller cover “Never to be Forgotten.”

What Do You Dream Of?Right There in Front of MeFront Page News

While the flow of Marshall Crenshaw new material may have slowed in recent years there’s no lack of quality re-issues coming on stream. Intervention Records put out a fabulous redesigned Field Day a few years back, complete with a rare 12” US remix EP, while Crenshaw himself is just in the process of re-releasing his post major label work, tweaking the production on certain cuts and adding out-takes and b-sides, starting with the fabulous Miracle of Science. Hustle on over to marshallcrenshaw.comto keep up with the latest news. 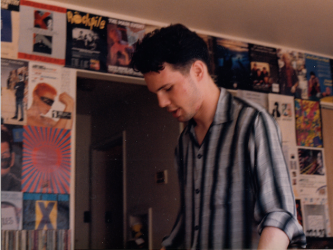 Just to prove my MC cred, here’s snap from my past featuring my unique bachelor apartment decor! Ok, this is actually my second apartment (circa 1987) but if you look up in the far right corner, you’ll see the Billboard magazine ad/poster for MC’s debut LP that appears above on the wall!  Photo credit: James Koester.