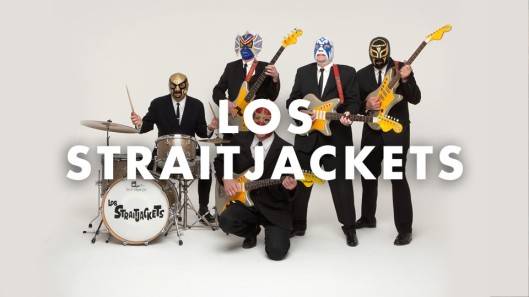 Instrumentals are the original cross cultural phenomena. Not just because they overcome the language barrier in an increasingly global world, but also because they tend to be the first bridge crossed by generationally divided tastes. Back in the 1950s and 1960s, albums of often tepid instrumentals introduced Elvis and the Beatles to an aging record buying public brought up on swing bands and Frank Sinatra. Rock and roll was too noisy for them but the hooks proved too much to ignore. Radio stations offering ‘easy listening’ formats of contemporary songs done in an instrumental style were a popular addition to elevators and doctors’ offices everywhere by the 1970s. Then with the explosion of California beach and car culture in the early 1960s instrumentals became a thing in rock and roll too. Today, its an established sub-genre.

Which brings us to this fabulous interpretation of Nick Lowe’s 1975 throw away tribute to the Bay City Rollers, “Rollers Show.” For Nick, the song was largely a contractual obligation effort, a way to cynically cash in on the teenybopper love of all things BCR at the time and fulfill his contract with United Artists records.  But even knock offs from Nick can still showcase his songwriting magic, lovingly teased out in this rendition from the hilarious, over-the-top instrumental group Los Straightjackets. The band has produced a whole album of Nick covers and they are not merely knock offs. Each song is creatively reinterpreted, sometimes in boldly different ways (check out their languid version of “Cruel to be Kind” as an example).  The first single was a great version of “Peace, Love and Understanding” but my current faves are “All Men Are Liars,” “I Live on a Battlefield,” and, most of all, “Rollers Show,” which really is the standout track here in my view. The album cover is pretty cool too – a riff on Lowe’s Jesus of Cool album with Nick himself featured prominently. Rollers Show

What’s So Funny About Peace Love And Los Straitjackets is out now. Find out more about this and their other fine recordings as well as their current tour with Marshall Crenshaw here.