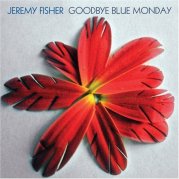 Along with drugs, hard liquor and sex, cigarettes are a staple motif of the rock and roll imaginary. But poprock has typically taken a lighter approach to vice. Cigarettes appear as metaphors for both desire and dysfunctional relationships, sometimes in the same song. Jeremy Fisher’s amazing 2007 album, Goodbye Blue Monday, features a great cigarette song where the protagonist likens himself to a cigarette for his intended love: “Light me up and get on with it; I’ll be hard to forget; good or bad I’m just a habit.” Hardly seems like a strong way to sell yourself but Jeremy seems to be privileging results here at any cost. The video below became widely popular, even if the single and its album did not race up the charts the way they should have. 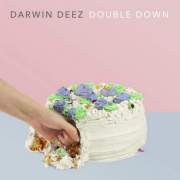 On “Last Cigarette” Darwin Deez’s lead singer strikes a different pose, alternating between telling himself he’s quitting but then opting for ‘one last cigarette,’ with shifts in focus illustrated with clever wordplay. But is the song about breaking up with somebody or just something, e.g. his cigarettes? I’m not sure – the ambiguity is part of the song’s charm.  In any event, this is a standout track from an already impressive new album, Double Down. The band comes to Toronto December 12 for a show at The Drake Hotel.