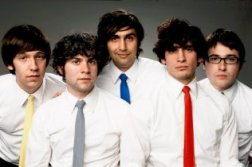 Some music takes a little bit more effort to get into. Tally Hall may be that kind of music for a lot of people. Any given song may go off in multiple directions, often with different sections seemingly just stitched together like a musical patchwork quilt. But coming to Tally Hall is worth the effort. Their two albums contain unusual yet infectious material that really defies categorization. Does the within-song style changes featured in “Good Day” remind me of Queen? Sure, sort of. But that doesn’t really do it justice. The closest band I can think of to compare them to is The Residents, but only because they too were quirky in a ‘performance art’ sort of way.

You get the picture from the start of “Good Day,” a song from their 2005 debut album Marvin’s Marvelous Mechanical Museum: the robot-like harmony vocals float over a propulsive piano hook, only to resolve into a dream-like interlude that is then interrupted by yet another stylistic change, and so on. To their credit, Tally Hall manage to make shifting musical gears not sound abrupt. 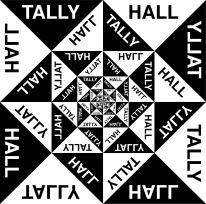 2011’s Good and Evil (now on a major label – Atlantic), features more of the same quirkiness in songs like “&,” “Turn the Lights Off” and “Fate of the Stars,” but also includes a number of more straight-up pop rock songs like “You and Me,” and “Cannibal.” Somewhere in between are two particularly strong tracks, the 1960s-ish “Sacred Beast” and the story song “Misery Fell.” Tally Hall are a bit off the beaten path but worth the trip. They also produced 10 episodes of a hilarious internet show, all available for viewing on the Tally Hall website.