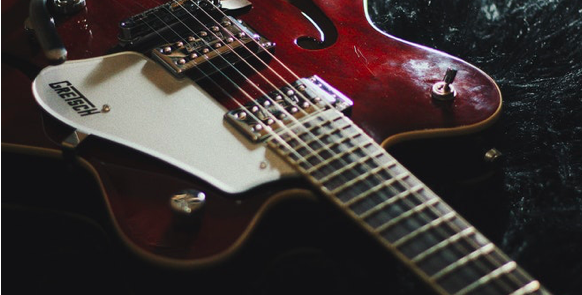 Guitars to the front of the line! Great poprock relies heavily on the guitar, particularly rhythm guitar. As Nick Lowe said recently, it’s supposed to rock and roll but there’s precious little appreciation of the roll part, which is harder to get right than it sounds. This week’s breaking news puts the guitar’s rhythm in its proper place. 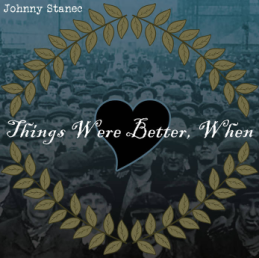 On his new release, Things Were Better, When, Johnny Stanec increases the frenetic pace of his beat-oriented rock and roll with plenty of shimmering guitars and ‘ooh’ worthy background vocals. Rhythm guitar anchors this record on tracks like “Secret World” and the outstanding opening number, “You’re the Only One (Not a Love Song).” Harkening back to a mid-1980s indie guitar sound that bravely withstood the synth onslaught, songs like “I’m Fine, I Swear” and “If I’m Wrong” remind of mid-period Grapes of Wrath. This is guitar-driven poprock, par excellence. Stanec only pauses for breath on the wonderful mixed-tempo “The Things You Fear.” I thought “Don’t Know What To Do” from last year’s The Future of Nothing was pretty special but Stanec clearly has not come close to peaking yet. Forget the singles, Things Were Better, When is a worthy full album purchase. 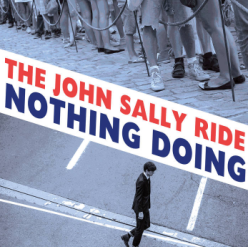 There are considerable parts of The John Sally Ride new album Nothing Doing that sound like great lost songs from a Squeeze recording session circa 1982-3. “Embarrassingly Single” has a very Squeeze-like song structure with a vocal that is pure Glen Tilbrook while “Nothing Doing” just oozes the Deptford fun sound. Other tracks on the album rock things up a bit more with a Kinks-like rhythm guitar feel – see “Considered It Considered” and “All or Nothing.” But my personal fave is the lovely “You Wear Your Heart On Your Both Your Sleeves” with its seductive harmony vocals. The guys also work up a dopey, endearing dad sort of humour on tracks like “I Won’t Let Failure Go To My Head.” All in all, Nothing Doing is a stellar follow up 2017’s great A New Set of Downs. 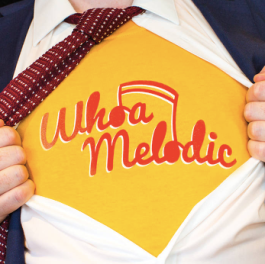 Whoa Melodic is an anagram for Michael Woods, the creative force behind the one-man band of the same name. It’s also the name of the project’s debut release. This obvious playfulness is all over the compositions featured on the record, which range from the strummy poprock of “I Will Never Let You Down” to the chimey, addictive repetition of “To See You Again” to ambling-along-on-a-sunny-day fingerpicking on “Sprint Forward Fall Back.” Woods is expert at embedding catch-you-off guard ear worm quality hooks all over this record. I love the almost pumping lurch of “Hopeless and Lonely,” the delicate tenderness of “Ring Your Friends” but the album’s killer track for me is “Hit Me Where It Hurts” with hooky lead line opener, swing feel, and organ and harmonic shots. This record is the fun house hit parade, just a bit wonky and out of synch but delightful for it.

This is not all the breaking news, it’s the news I could fit in right now. Still, click on Johnny Stanec, The John Sally Ride and Whoa Melodic to stay at least moderately well informed (and entertained at the same time).