A new feature of sorts, a tribute to the almighty single! In this age of catastrophic change in music consumption the single is back as a way of teasing interest in an artist and their new releases. It is now fairly conventional for artists to release a single well ahead of the album. Take this first round of singles – all precede their designated albums by many months. And, frankly, I can’t wait around to feature these talents! 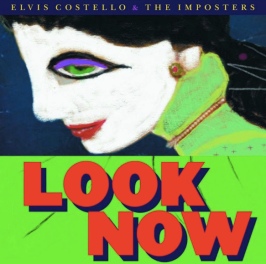 Time it was that I waited on every Elvis Costello release like the second coming of rock and roll’s savior. And then post-Spike, I got a bit more choosy. I mean, I totally support artists going beyond whatever they’ve done in the past and Elvis clearly had many more roads left to explore. They just weren’t always my thing. But like every George Jones record, there’s seldom lacking at least one truly great cut on any given EC album. It looks like Costello’s to-be-released new album will be no exception. “Unwanted Number” is a pre-release cut from Look Now and it’s a winner. Think Imperial Bedroom meets Painted From Memory. The piano and songwriting are reminiscent of the songs from that great Costello keyboard period stretching from Imperial Bedroom through Punch the Clock and Goodbye Cruel World. Meanwhile the bridge captures the feel of the work he did with Burt Bacharach on songs like “Toledo.”

Next up is the criminally under-appreciated Paul Collins, veteran of so many great acts like the Nerves, the Breakaways, and, of course, the Paul Collins Beat. What is striking about Collins is the quality of his songwriting output over a four-decade period. His new single shows he’s still got it. “In and Out of My Head” is the pre-release single from his upcoming album, Out of My Head. The rumbly guitar is wonderfully retro yet freshly deployed on a tune that sounds like it belongs on a Roy Orbison album. 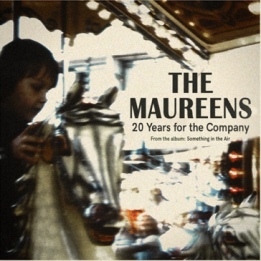 Described as “Califorian pop from sunny Utrech, the Netherlands” on their website, The Maureens have a keen ear for a melodic blend of country folk and poprock sounds. 2015’s Bang the Drum was a solid release, oozing hooks and harmonies. Now they’ve released “20 Years for the Company” from the to-be-released Something in the Air and it’s a blast of harmony-drenched goodness. Speaking to the economic insecurity of times, the song nonetheless gives off a positive vibe with it’s captivating mix of male and female vocals.

Singles only rise in the charts if people give them a listen. So get in on the ground floor of these new releases from Elvis Costello, Paul Collins and The Maureens.