The story of commercial popular music is largely an English-speaking one, at least to those of us living in the English-speaking world. It is a rare thing indeed for a song with even a hint of foreign language content to grace the British or American charts. Yet it always struck me as strange that bands like ABBA would sing in English, given they were from Sweden. But the bottom line on linguistic choice has always been financial. Making records for six million Swedes and few million more in the other Scandinavian countries, or cashing in on a potential market numbering in hundreds of millions? The decision was obviously pretty easy. And so what if ABBA’s early English lyrics were a tad grade school – the hooks were there in abundance! Of course, if one traveled to distant lands in the past you could find bands singing in their native languages, but international travel was more exclusive then and shipping albums home was expensive. But now, with the internet, a veritable United Nations of poprock is just a click away! Today we focus mostly on western Europe but in future I plan to go as far afield as I can find.

Let’s begin with the Dutch. They’ve topped a number of English-speaking charts with songs sung in English. I’m talking huge hits like the Shocking Blue’s “Venus” and Golden Earring’s “Radar Love.” But singing in Dutch? Not so much. That’s a shame because there’s some pretty catchy poprock material sung in that language from The Kik. I swear there is a Beatles laboratory hidden somewhere in Holland that churns out modern-day, throwback-sixties beat groups. Some members of The Kik were also in a Dutch group called The Madd and they produced two great albums sung in English that went nowhere. Reformed as The Kik in 2010 they too started their recording career singing in English but then switched to Dutch. It makes no difference – the hooks these guys lay out are amazing. “Simone” is the calculated pop hit single from the 2012 debut album Springlevend (translation: ‘Alive and Kicking’) but other tracks like “Even Voor Altijd” and “Van Wie Hij Was En Wie Hij Is” demonstrate the band’s melodic depth and command of the mid-1960s British beat sound. Two years later 2 showed the band expanding their sound even further with the Monkees-like “Elektriciteit” and the 1990s swinging poppy number “Cupido.” A brand new album of covers is just coming out (Hertalt!), including a particularly jangly version of the Rembrants’ “I’ll Be There For You,” sung in Dutch. It’s just what your holiday needs! I have to throw in a special mention here for the band’s super b-sides, specifically “Here’s Hoping” (sung in English) and “Bel Mijn Nummer” (b side to “Cupido”). Even Voor AltijdBel Mijn Nummer

The Germans too have had a few popular English-singing exports. Falco and Nena easily come to mind. But singing in German for English-speaking audiences? Only Connie Francis could pull that off. Again, we’re limiting ourselves. Check out what Thees Uhlmann does with healthy dose of Springsteen influence on his two solo albums. “Zum Laichen und Sterben ziehen die Lachse den Fluss hinauf” (whoa, long German titles!) opens with that classic atmospheric Springsteen piano but pumps up the poprock as the song develops. Meanwhile “Die Bomben meiner Stadt” has a totally different melodic vibe. While we’re on German-singing acts let’s slip next door to Austria to check out a song from Wanda, a Vienna-based band who mine a more obvious 1960s beat group sound on “Schickt mir die Post.” 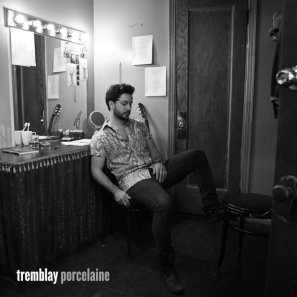 On to French – but not France. This time we’ll get the diasporic influences on the language via French-Canadian singer Tremblay. Montreal-based Maxime Desbiens-Tremblay has two albums out and is also a novelist. He leans heavily on acoustic guitar in his particular mix of poprock, clearly evident on “J’suis pas tout seul” from his 2012 debut Ça va, ça va. It’s there too on “Sarah (Avec un H)” but so is the piano on a cut that could easily slip onto Michael Buble album. 2015’s Porcelain toughened up the sound on the opening single “Aime / Pardonne” but the acoustic guitar is still central. He even slips in a bilingual number (so Canadian!) with “Summer Love.” 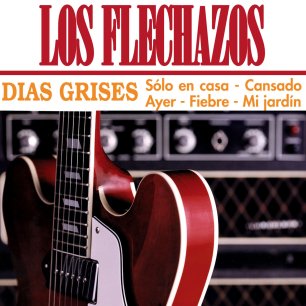 They say that Spanish is the loving tongue. Well, we certainly feel the love here at Poprock Record where visitors from Spain rank 4th behind the US, UK, and Canada. And why not? Spain has some crazy love going on for all kinds of power pop. So much so that a number of specialty labels focused on the genre are based there. Elefant records is one of them (recent Primitives records have come out under their imprint) and they have released or re-released a host of records by the very modish Los Flechazos. These guys sound like a 1965 London nightclub – if it were located in Spain. They did release one killer EP sung in English (1996’s One More Try) but otherwise their material is sung in Spanish. But you won’t care once you hear the great jumpy rhythm guitar, cool organ and swirl of background vocals. It’s there with the totally 1965 beat sound on “Dejeme en Paz.” Or check the roll out and build up on “Quiero Regresar.” Or there is the more-hard edge, later sixties sound of “Ayer.” Got to sneak another Spanish contribution in here from the great Los Secretos. “Sobre un Vídrío Mojado” is from their 1996 album Grandes Exitos and vibes a bit more of 1980s poprock sound.

If there is one thing people around the work look forward to, its unexpected foreign love, especially in the form of electronic purchases. The Kik, Thees Uhlmann, Wanda, Tremblay, Los Flechazos and Los Secretos would love to see you drop by their internet way stations. Do it now.