J. Eastman and the Drunk Uncles, The Condors, The Connection, The Tearaways

Summer is nearly upon us so it’s time to start thinking about that party playlist. You don’t want to be caught tuneless with the BBQ on and the craft beer flowing. The party element is important because the origins of rock and roll can be found in the joy and fun and abandon of people + good rocking + Saturday night. It’s the adrenaline that runs through Chuck Berry’s “Rock and Roll Music,” Jerry Lee Lewis’s “Great Balls of Fire,” and Elvis’ “Hound Dog.” So today’s selection of pop rock bands channel that original rock and roll party vibe in varied and exciting ways.

Santa Barbara’s The Tearaways sent me their latest CD (thanks boys!), but they needn’t have. I’d already bought most of their back catalogue, so I would have gotten around to getting the new one. These guys have been in the rock and roll game for the long haul, forming in 1982 but relentlessly gigging ever since. Their early to mid-career recorded output is hard to find, but since 2014 they’ve released five killer albums of 1960s-inflected pop rock and roll. These guys know their Merseybeat hooks and layer that with exquisite California beach harmonies. Sometimes it’s pure 1960s redux. Other times, very 1979 new wave or 1980s indie. But throughout the songwriting is strong, at times fun, even a bit goofy, or just filled with straight up party hooks. You can literally hear the party starting on the Irish-inflected 2013 single “We’re All Going to Drink Tonight.” Or put either of 2014’s Earle Mankey albums and hit shuffle for instant party mode with should-be classics like “Girls Who Love Cars” and “James Bond” or “Friends and Enemies” and “John Wayne.” 2017’s DW Hofner, Martin Gibson, Ludwig Rickenbacker, Earle Hammond & Vox Fender, ESQ adds a bit of Britpop/Oasis to the mix with “Find Yourself Another Fool” along with great rock and roll name dropping on “Bash” and “That’s Rock.” But my fave here would “Hello Isla Vista” with its dynamic vocal harmony drenched chorus. The new record is no slouch either. Anthems and Lullabies sees the band branching out, featuring some distinctive new solo vocal performances on the swinging “I Could Love You Forever” or the Orbisonesque “Remember to Forget.” And then there’s the hilarious, hooky “What a Jerk” and my choice for should-be hit single, the flawless “Sometimes Saying Nothing Says it All.” Live footage of the band confirms they pull off these tunes with an extra measure of rock and heart.

Our next group is the band that was playing in the background of your ‘night out at the bar’ when you suddenly realized they’re freakin’ fabulous (and it’s not just the beer talking). Minneapolis’ J. Eastman and the Drunk Uncles play like they’ve been playing together forever. They’re tight and easy at the same time. Their first album, No Capo Required, has a rough but solid indie sound, particularly on tracks like “Not the Liquor” and “Lack of Medication.” And then there’s earwormy jangle gem, “Josephine.” I’ve hit replay on this baby countless times – a real should-be hit! The band is back this year with Pleasing Some of the People None of the Time, an album that maintains all their indie charm with just a bit more polish. Comparisons to The Replacements and REM are not out of order, though I also hear a bit of a Springsteen, particularly some of his more recent poprock-oriented material (e.g. “Hurry Up Sundown” from 2014’s American Beauty EP). Highlights for me include “On Your Dime” and “Holding On.” But my hands down fave is “No Political Agenda.” I love its explosive ‘out of the box’ opening and driving guitar hooks. Gimme a twofer and a spot close to the stage this Friday night’s live performance! 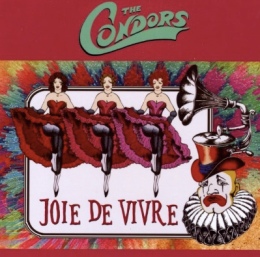 Better shine up your dancing shoes for our next band, LA’s The Condors. They meld a classic rock and roll sound with that new wave sheen circa 1979 – think The Romantics meets Tom Petty, with a dash of The Cars and Elvis Costello thrown in for good measure. 2001’s Kinks’ inspired Tales of Drunkenness of Cruelty has a wonderful punky poprock sound on tracks like “Listen to Me Now.” By 2007’s Wait For It the sound had tightened up considerably. ‘Somewhere over the rainbow … there’s a party going on’ kicks off “Waiting Half the Night” and the start of a non-stop party album. Songs range from the droll “Don’t Want a Girl Who’s Been With Jack” to the blasting, driving “Carnival of Fools” to the rollicking “Wake Up.” However, my fave is probably the more sophisticated melody on “Something Better Coming Soon.” 2012’s 3 Item Combo changed up the sound a bit, adding considerable variety, sounding a bit Eels at times, Cars at others. Album highlights for me include “My Slice of Life,” “Seraphina Why” and full-on rock out on “Full Blown Love Attack.” In 2015 the band released just one single but what a tune! “Back to Jackson” echoes Nancy and Lee’s 1967 hit but takes it further. 2017’s EP Joi De Vivre shows the boys have still got it on tracks like “Tell It to the Judge” and the smoking instrumental “High Chaparral.” A night with this band would be dance heaven. 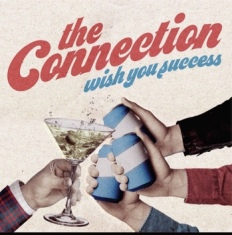 Looking to party like it’s 1965? Then The Connection is your band! I imagine a party night with this group is kinda like one of those dance scenes from A Hard Day’s Night. These guys have rock and roll chops influenced by a classic 1960s poprock groove, British pub rock, and American new wave. Think mid-1960s Stones, Rockpile, with a bit of NRBQ and Ramones. And the hooks! Songwriters Marino and Palmer leaven their party rock with healthy dose of melody at every turn. I can’t go through every album with this band – there’s just too many great songs. I love the early 1960s sweetness of “Little Lies” from 2011’s New England’s Newest Hitmakers or the rockin’ swing of “Gonna Leave You” from 2012’s Connection Collection, v.1. Then again 2013’s Let It Rock is all full of cool tracks like “She’s a Keeper” and “The Way Love Should Be.” 2015’s Labor of Love mines the more 1970s poprock sound of Nick Lowe and the Kinks, for instance on “Pathetic Kind of Man.” Ok, I did cover most of the albums. And don’t miss out on the band’s latest, Wish You Success – it may be their best yet. “The Girl is Trouble” is poprock perfection. But my current fave is “Mechanical Heart” with it’s sneaky earworm effect. Get your skinny tie on for this party band.

Today’s artists are struggling to make music a career and live performance has once again come to fore as a key part of the necessary cash nexus. If The Tearaways, J. Eastman and the Drunk Uncles, The Condors or The Connection come anywhere near you town, for god’s sake go see them! You won’t regret it.