A strong cast of breaking acts in today’s featured post channel the classics of the mid-to-late 1960s rock and roll and 1990s power pop. All fall into the ‘highly recommended’ category of blogging endorsements! 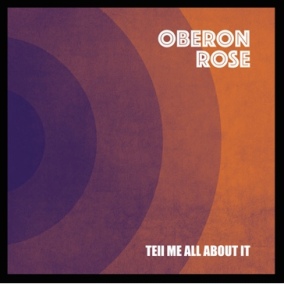 Right off the mark, Oberon Rose generates an excitement that is distinctively 1960s rock and roll on their new record Tell Me All About It. The kick off to “No Stranger” has that magic combo of electric guitars and background vocal ‘oohs’ that draws you in and never lets up. Described as ‘psychedelic’ by a host of writers, the band falls on the more melodic side that tradition, i.e. more early rather than later Pink Floyd or even the Beatles circa Sgt. Peppers. Another strong track from the band’s latest LP is the title track, “Tell Me All About It,” with its sometimes hooky, sometimes languid and spacey feel. Don’t miss the band’s debut Wunjo from 2012 either as it contains its share of 1960s-infused real winners, like “One Man Show of Sorrow” and “Dance of the Bee.” This band’s work made me hit repeat more than once! 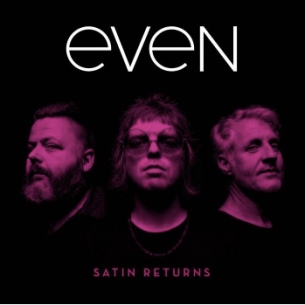 Australian jangle rockers Even are back with a fabulous new album, Satin Returns. Twenty-two years and seven albums later, the band has not lost its touch, as is evident on the brilliant should-be hit single “Out of the Woods,” a textbook example of how to combine jangle with killer hooks. This baby is a soundtrack to sunshine and good times, all the way. Overall, the album is a testament to the band’s mastery of late 1960s rock styles, without just being a museum piece. The end result has a timeless quality. “Little Piece” showcases this nicely with its exuberant riffing. Is this 1970s rock homage? Or 1990s indie? It doesn’t really matter because the songwriting lets it stand on its own. This is a band whose recordings also say ‘great live band.’

A year or so ago we lamented the lack of new material from Essex Green while lauding the harmonic genius of their single “Don’t Know Why (You Stay).” Well, the band is back with a new record and North American tour and the news is all good. The new album is Hardly Electronic and not available until the end of June but from the two songs presently available it’s going to be a killer. “Sloane Arranger” is a wonderful poppy-rock number, with great organ and background vocals, featuring a main vocal reminiscent of Mark Everett’s work with Eels and solo as E. “The 710” has a mellifluous quality, an easy going track that has an embedded ear worm that sneaks up on you. And there’s twelve more tracks to come! To say I can’t wait would just be hyperbole, I can. But I don’t want to! 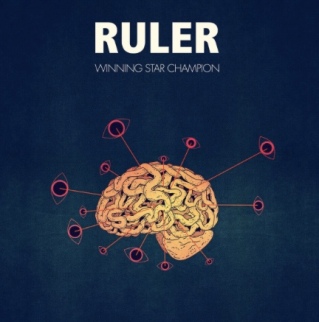 The Ruler debut album is finally out and can I just say it? Ruler rules! Winning Star Champion is a hook-filled masterpiece. From beginning to end, Ruler’s Matt Batey delivers some pretty sweet melody-drenched rock and roll a la Matthew Sweet or Kevin Devine. Whether he’s employing a wall of guitars on “Petrified” or just finger-picking his acoustic on “We’ve Got it Made” Ruler bends melody to his will with a delicate and poignant sweetness. Title track “Winning Star Champion” announces that the singing protagonist claims his title for ‘fucking up’ like a ‘high school rebel running out of luck.’ So goes the theme of the whole album: the insecurities of advancing adulthood, in evidence on tracks like “Cars and Houses,” “The Cure” or the melancholy “Always Running.” And then there’s that winning, should-be hit single “Unhindered Pace,” a perfectly arranged sonic poprock treat. Mark my words – Winning Star Champion is destined to top everyone’s ‘best of 2018’ lists!

Oberon Rose, Even, Essex Green and Ruler are going places. They’d get there earlier with your help. Click the links. Speak with fistfuls of cash.