As I contemplated starting this blog, one of my key worries was whether I would run out of music to write about.  Well, that concern has proven to be unfounded.  There is so much great new music out there that I have a huge backlog of artists to write about!  My real challenge with this blog is posting enough and covering enough material when I do blog.  One guy who does not have these problems is the amazing Powerpopulist, a blogger who posts often and with quality content.  Today I’m focusing on some great tracks I picked up at his site and others in what I am calling an ‘indie trail mix’. 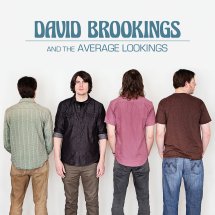 Virginia native and L.A. transplant David Brookings cut his teeth on the classics of the poprock.  His sound melds the Beatles with the 1970s Beatles-influenced bands like ELO and Badfinger.  His previous six albums channel these influences in a catchy DIY sort of way, with great album covers evoking the spirit of the 1960s, and some standout tracks like “Obsessed,” “Dead Battery,” and “If I Don’t Make it Back.” But his latest longplayer, David Brookings and the Average Lookings, represents a career peak, with his finest songs and most impressive performances.  “Hearts” is a solid single, featuring an impressive layering of sonic effects in terms of instruments and vocals.  I thought it was far and away the obvious track to feature from the album, but the more I listened to “Time to Go” I wasn’t so sure.  So they both appear here.  Honourable mention to the very catchy “Place We Can Go.” 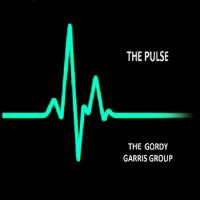 The arrangements on this Gordy Garris Group album are so subtle, meant to complement and enrich what could essentially be a record of acoustic singer/songwriter tunes.  For instance, “Nightfall” starts with a nice acoustic guitar finger roll, which is quickly augmented by a low impact organ undercurrent, and eventually joined by the full band and some nice ‘oohs’ background vocals.  Pop That Goes Crunch thought that “Energy” was the stand out single, but I’d have to disagree, tagging “Liar Liar” and “Running Through the Streets” as more single-worthy.  I mean, you’ve got to have some kind of talent to quote ‘lair lair pants on fire’ in a song and make it cool. Sometimes Gordy reminds me of Freedy Johnston, other times Ben Vaughn.  Other highlights on this record include “Skin Deep,” “Wake Up,” and “You Got Me.” 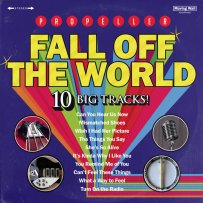 This unabashed love single to the Ramones by Propeller works at so many levels.  It manages to be so Ramones without being just a derivative knock off of that band while also being a solid tune on its own merits.  “Turn on the Radio” is featured on Propeller’s latest album, Fall Off the World, which features a cover that is a spot-on reincarnation of the many K-Tel compilation albums (that certainly did not feature the Ramones!) from the 1970s.  Other strong tracks include “Wish I Had her Picture,” “She’s So Alive,” and “Can’t Feel These Things.” 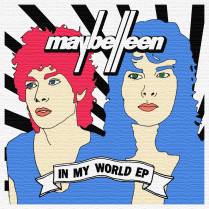 Montreal’s Maybelleen have got a unique sound, a blend of 1960s musical motifs (great signature vintage guitars, harmony vocals) with various 1980s synth keyboards, a mix that defies easy categorization.  “Bring to Light” is from their debut EP, Gold in Your Hands, a collection of very professional sounding demos.  Their first official EP Stereotypes has refined the vocal sound with songs that continue to riff on and develop their hybrid 1960s/1980s sound with the catchy title track,“Models on TV,” and particularly on “To Know Me Better Now.” Their most recent EP In My World has brought the guitars up front and tweaked the vocals to create a more conventional (but still great) poprock sound, as is showcased in “When I’m Right.” 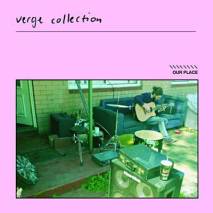 Sometimes a band says, “ya, we’re from Australia” with every line they sing.  Perth’s Verge Collection ooze Australia, from their charmingly accented singing to the various Australianisms littered throughout their songs.  “Our Place” is a swinging bit of fun that makes you want to hit replay as soon as it ends, with some languid sounding lead guitar and a subtle bed of organ anchoring the song.  The single’s B-side “Feel Bad Songs” is also great. 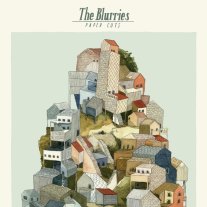 Austin, Texas has so much great music going on, including The Blurries, who kick off their 2011 record Paper Cuts with a track that bolts out of the gate and doesn’t stop.  “Little Marie” is driven by a combination of acoustic and electric guitar, with the acoustic anchoring the song and the electric providing its propulsive tension.  You can watch the band perform a version of the song for the podcast Dual Tape Deck to see the effect come together.  A strong start to a very good album.

David Brookings, Gordy Garris, Propeller, Maybelleen, Verge Collection and The Blurries – they’re all out there on the internet waiting on their new best fan to come calling …