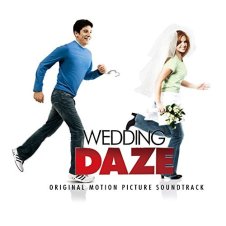 What I love about this single is its simplicity. It starts with a classic rock and roll motif, heard a gazillion times, nicely light on delivery with what sounds like an acoustic guitar. But then it slowly builds out with a half dozen subtle embellishments here and there. Like the beachy background vocals or Chuck Berry lead line breakout at the 1:53 mark. The main vocal itself is nicely subdued, delivered like a secret shared in bed. The song was featured in the 2007 movie Wedding Daze and Macdonald’s 2011 release The Art of Hanging Out and represents a departure from this artist’s now main body of work. Macdonald is largely known as the sometime drummer for Teenage Fanclub but more recently has produced an impressive body of quasi-classical and instrumental work, some of it for soundtracks. Check out his beautiful 2015 release Music for String Quartet, Piano and Celeste, which reminds me a lot of some of the best Wyndham Hill releases many years back. But I do wish he would turn his formidable talents back to such simple poprock fare as this great tune.