Let Me In On This Action, Lost Angeles, Past and Present, Richard Turgeon, The Bottle Kids, The Spindles

This turn around the dial lays on the sugar and spice with songs that highlight how poprock can embrace both smooth production values and a discordant note here and there.

Eric Blakely’s The Bottle Kids has a polished poprock sheen honed in the late 1970s by such melodic rock luminaries as the Raspberries and Rockpile. Tracks like “When You Come Around” and “Her Heart is Much Worse than her Bite” sound like great lost tunes from that era. But then “American Girls,” the obvious single from the latest album, Let Me In On This Action, goes in another direction, drawing more from the indie side of the early 1980s sound. “Let’s Put Some Power Back in Pop” is a master class in that style as well the theme song of record, giving voice to it’s underlying musical philosophy. Another surprise is the Lennon-esque “I Miss Her Goodbyes” with its interesting “A Day in the Life” piano shots and spot-on Beatles vocals. While you’re checking out the band, don’t miss “The Most Beautiful Girl in the World” from 2013’s Such a Thrill, perhaps Blakely’s greatest composition! 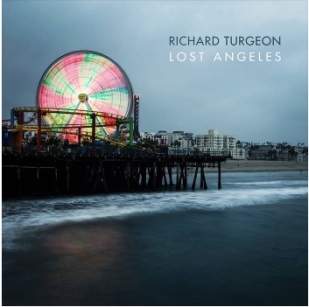 San Francisco’s Richard Turgeon deservedly made a lot of ‘best of’ lists for 2017 with his driving rock and roll debut album In Between Spaces. Now he’s back with a tribute to a nearby burg, Lost Angeles, and it’s another killer blast of nineties-tempered tune-age. Things kick off with what must be the artist’s theme song, “Big Break,” which contains all the elements of Turgeon’s sound: big guitars, slightly discordant vocals, and a sneaky hook that won’t let up. Then “Waiting for You” shifts gears, sounding like a grungy Matthew Sweet, complete with sparkly lead guitar lines and a very Sweet-like melody line and chorus. But the out-of-the-park single for me is the addictive “Look Away” – crank this up and keep the air guitar handy. Turgeon takes a number of chances on this outing, trying out different styles on songs like “Working for the Man” and “I Want to be a Shut-in” while also showcasing how rock can be touching on his loving tribute “Be My Wife.” Besides picking up this latest record, tune in to Turgeon’s various social media for semi-regular releases of new material and inspired covers.

The Spindles’ Past and Present is definitely heading for my ‘best of’ list for 2018. This release has it all: great songs, killer hooks, superb performances. The band is clearly influenced by the Beatles and other British Invasion acts like the Hollies, masterfully covered here on “Look Through Any Window” (which is not easy to do). But they manage to make those influences their own. Overall, the sound is very early 1980s poprock – think the Moody Blues Long Distance Voyager or even some NRBQ. “Prisoner of War” is a strong opener and potential single, while “I Want My Baby Back” sounds like the sure-fire hit to me. Another great number is “Whenever We’re Together” with it’s Jeff Lynne strings and background vocals. “Peace with the Past” has a nice Hard Day’s Night opening flourish before settling in to a more Rubber Soul vibe. Other strong tracks include “Young Heart,” “Annette” and the very Nick Lowe circa Cowboy Outfit sounding “Santa Fe.” On the whole, the record is very easy to listen to again and again …

Prisoner of WarI Want My Baby BackWhenever We’re Together

You know the drill – only record buying fans can stop the slow slide to musical oblivion. Seriously, nobody really wants to be a ‘great lost artist.’ So find The Bottle Kids, Richard Turgeon and The Spindles today on the hot-links.