Great music is breaking out all over this year and it’s a race to get them all in the blog before 2018 expires. Today’s crew has textured popcraft, a bit of blasty rock and roll, and even some dance grooves.

Just one listen to Legs & Luggage and there’s little doubt that Vegas with Randolph’s songwriters are conversant with the major melodic rock and roll motifs of the past few decades. They’re effortlessly combined on this album’s 13 winning tracks with a charm reminiscent of a more rough-hewn Fountains of Wayne. Opening track “You Could Say Yes” charges out of the gate with hooks that say radio-friendly hit single. Another single-ish release would be “The Girl Holding Out for Me” with its pure bliss hooky chorus. The album also sees the band vibing a range of influences, from the Plimsouls’ elan of “Jacob” to the chirpy Ben Kweller jaunt of “I Could be the One” to the Steve Miller touches on “The Weekend’s Coming.” And then there’s the wonderful FOW-meets-Partridge Family peppiness of “Women in Airports” and the veritable blueprint of perfect poprock song, “The Comeback Kid.” Forget buying singles, this one’s an album purchase. 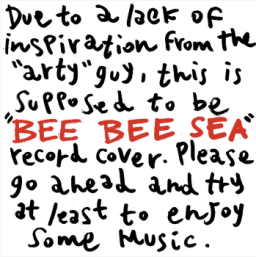 Italy is producing an amazing bunch of melodic rockers of late (we featured stellar releases from The Sick Rose, for example) and Bee Bee Sea is no exception. Past releases have been described as ‘garage psych rock’ but I hear a more mod sound on their new album Deluxe, like a wilder, more Stonesy version of The Strypes. Ok, the opening track is pretty 1960s garage rock, fittingly titled “The Garage One.” But with “Lou Weird” and “Mary” things move into a more melody-drenched rock and roll swing. Then “All the Boys All the Girls” channels a wonderful late 1960s eerie sound kinda like the Zombies on speed. And so on – there’s no end to the highlights here. Deluxe is just a phenomenally cool rock and roll party album, daring you to put away your dancing shoes. Check out the swinging Together Pangea punky vibe of “Vampire George” or the 1980s British shimmering guitar sound of “And On” or the spot-on 1979 new wave rock and roll guitar groove of “Je Suis Content.” What I wouldn’t give to see this band live! 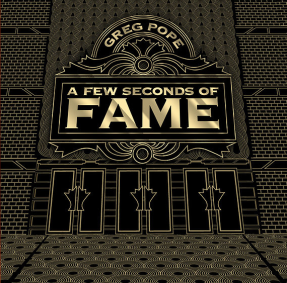 A new record from Greg Pope is poprock money in the bank, he just doesn’t disappoint. I mean, one of his previous releases was aptly-named Popmonster, to which reviewers heartedly agreed – that gives you some idea what a prolific and reliable creative force he is. Now he’s back with A Few Seconds of Fame, which unfortunately could also double as a commentary on his undeservedly cool reception from top 40 radio. I don’t get it – to my ears, they’re all hits! Check the opening track “Forget About You” with its great driving tempo and solid yet subtlely hooky chorus, or the tightly delivered “Retread” – this is what radio-friendly singles used to sound like. But hey, I could just as easily recommend the wonderful 1970s ELO pop sound of “Hopes and Dreams and Fears” or the great late Beatles pop vibe on “Planet Earth” or the textured, layered sound of “Dreams About You,” particularly on the vocals. I guess nobody’s gonna make me a top 40 radio program director anytime soon but if they did …

Portland’s Hemmit have run the gamut of stadium-sounding rawk (ironically delivered, of course) to ‘punkish powerpop’ (in their words) to the electronic pop of their current release. The new EP, One Ultra, definitely channels some great 1980s synth pop influences, obvious on tracks like “Ultraviolet” and “Power” but subtlely lodged in others like “My Room” too. But consistent across their catalogue is the songwriting quality, evident on the obvious singles: the relentlessly driving “Friends” and the more melodic hooks of “Waves.” This is a band worth spending some time digging through various releases for a load of poprock gems.

The Appleton Post-Crescent described Car City as a “Fox Valley supergroup,” a reference to the fact that while all the musicians were long-standing members of the local live music scene they had really only recently come together to work on this project. Their experience clearly mattered because Car City, the album, sounds like the work of a cohesive band. The resulting sound is like Weezer on anti-depressants, a slightly dissonant, melody rich concoction that delivers on Jason Lemke’s great songs. It’s all there on the opening tracks, “Connecting the Dots” and “Like a Wave” with their earworm-worthy yet subtle melodic turns and twists. Then things get really interesting when “Hopeless” breaks out the Aimee Mann syth to good effect with some inspired full stops and background vocals, while “(Don’t) Give Up on Love” kicks off all Beach Boys vocal harmonizing before dusting off Steve Nieve’s organ. And the songs I haven’t mentioned? Also great. Frankly, I love all the tunes on this record. Car City deserves to be in your collection.

You can connect with all the artists on this post – Vegas with Randolph, Bee Bee Sea, Greg Pope, Hemmit, and Car City – on bandcamp, which is actually one of the best ways to support your soon-to-be favourite artists, as expertly explained here by Richard Turgeon, a great indie artist in his own right. And he should know.