What is it with guys and record collections? While I think things have changed a bit recently, coming of age in the 1980s the record store and music obsessions were predominantly male preserves. Nobody captured it better than Nick Hornby in the first chapter of High Fidelity, which opens with the male protagonist deciding for the umpteenth time to reorganize his record collection, this time in the order he purchased them. I remember looking up from the book thinking ‘somebody’s been watching me …’

So here are two songs that capture the traditional range of views about women and record collections. In one, the singer is delighted to find a girl with a serious record collection, noting she “blew me away, with her 45s, they’re all alphabetized …” But in the other, the narrator “did a quick inspection and found [her] ELO” and dumps her, directing her to “take your record collection and go.” In either case, the serious female record collector is either a surprise or unthinkable. Yet both songwriters are clearly mocking this sort of narrow thinking. 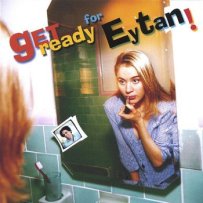 Eytan Mirsky has a large body of hilarious, self-mocking poprock. One album features a pathetic looking Mirsky slouching in a chair as some girlfriend’s luggage is heading for the door – the album title? Was it Something I Said? On his song “Record Collection” (from Get Ready for Eytan!)  the shallowness of his male narrator deciding to dump the girl he’s moved in with over some supposed musical indiscretions is both mocked and yet somehow also sadly believable. Meanwhile, producer extraordinaire Fernando Perdomo offers up two distinctly different versions of his charming “Girl with a Record Collection,” one leaning on a jangle poprock sound while the other exploits a more poppy arrangement.

Eytan Mirsky and Fernando Perdomo both have enormous back catalogues of music on Bandcamp just waiting to be perused in a leisurely fashion, preferably with a martini or a beer to encourage impulse buying.