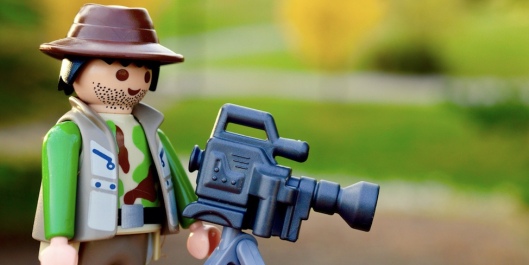 Putting a famous name in your song title would seem to be a sure fire way to have a hit. Kim Carnes’ “Bette Davis Eyes” or Weezer’s “Buddy Holly” readily come to mind. But really, those are the exceptions. A quick search of the internet actually turns up a whole bevy of celebrity names on songs, mostly on the indie side of things, most of them album cuts. So why do bands do it? Homage? Satire? Or are they just as celebrity obsessed as everyone else? The French duo Please was formed and recorded a song with the sole explicit intent of getting a response from Paul McCartney – not that Paul appeared to notice! The range of material covered in this post gives us a bit of all these approaches, from hero worship, to ridicule, to little more than just mentioning the celebrity name.

Pinehurst Kids’ “Jody Foster” burns along with an edgy indie sound, just the sort of ‘tude’ you expect from a song named for this actor. Punky, but with an underlying melodic coherence and musical depth. Kevine Devine’s Bad Books is a bit more polished but retains distinct edginess on “Forest Whitaker,” a song about some intense person that has named their baby after the aforementioned intense actor. Love how the keyboards gel with the electric guitar on this track – a killer sound. Eytan Mirsky lightens the mood a bit with his breezy melodic charmer “(I Just Wanna Be Your) Steve McQueen.” Here McQueen’s movie roles are conjured up to aid our singing protagonist in expressing his romantic aspirations – in inimitable Mirsky style (sardonic yet somehow sincere). Geezer are from Austria and have a number of great albums under their belt, including their latest Life in Stereo. Their celebrity-named song goes back a few years and is a straight up glowing tribute to its namesake. In fact, “Jeff Lynne” has so many references to actual Electric Light Orchestra lyrics it’s a wonder he didn’t get a writing credit! There is something a bit ironic about a loving tribute to ELO, a band that was often seen as a loving tribute to previous generation of music, particularly the Beatles. Geezers – Jeff Lynne

Today’s blog theme also gives me a chance to feature another song by the great and gorgeous Cait Brennan, namely the intense, melodic and hilarious “Benedict Cumberbatch.” Another underappreciated star that can be included here is former Green on Red frontman, Chuck Prophet, who has been creating a solid body of fantastic solo work over the past decade. “Bobby Fuller Died for you Sins” is a loving recreation of the Fuller sound, with a little Prophet magic mixed in. In the ‘now for something completely different’ category, Fastball’s new record Step Into Light has a host of highlights but one that might be overlooked is the unusual and sonically distinctive “Lillian Gish.” Is there nothing these guys can’t do? Ok, let’s change things up with a bit of humour. A lot of Gregory Pepper’s work is droll and biting. “I’m Bill Murray” has the singer using Murray’s filmic exploits to explain his increasingly bad behavior. Maxi-cool hooks here and so many in such a short song. It’s like a minute and twenty-four second melodic miniature painting. Jonathan Coulton uses more in-your-face put-down humour on his “Tom Cruise Crazy.” Hilarious. No further explanation is really required.Cait Brennan – Benedict CumberbatchFastball – Lillian GishJonathan Coulton – Tom Cruise Crazy

The one thing binding all these acts, beyond writing a celebrity-named song, is that none are really celebrities in the way that term is commonly understood. But wouldn’t it be great if Please, Pinehurst Kids, Bad Books, Eytan Mirsky, Geezer, Cait Brennan, Chuck Prophet, Fastball, Gregory Pepper and his Problems, and Jonathan Coulton were great big fantastically successful celebrities? What a wonderful world that would be. Take the first step toward that future by visiting them today.