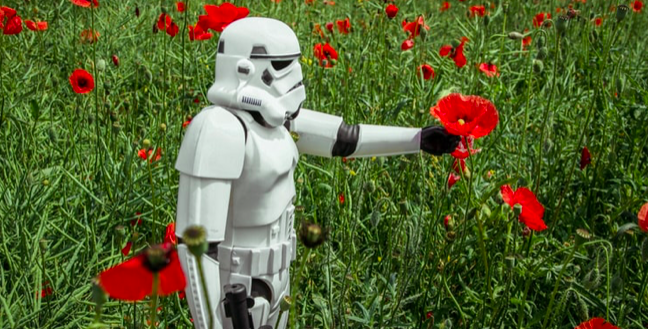 So far, the end of world sounds more like “The Sounds of Silence” than the rumble and destruction of a Simpsons-esque apocalyptic crowd waving torches. But if this is the end of the world, what should our soundtrack sound like? Not the obvious choices, obviously (yes R.E.M., I mean you). At the very least the end of times should  give struggling indie artists the spotlight for once.

That’s why we’re kicking things off with cheeky Portland band Streetcar Conductors. They’ve got a great new song called “Brand New Lease on Life” (which also seems timely in its own way) but our featured tune and the inspiration for this post, “It Sounded Like the End the World,” is actually from their amusingly-titled debut album, The Very Best of the Streetcar Conductors. Kicking off your career with a ‘greatest hits’ – that’s serious moxy. On the theme of worlds ending, Lannie Flowers wastes no time getting to the “Edge of the World,” a terrific song that clocks in at just a minute and two seconds. Good thing too as I guess we really don’t have time to waste. Liverpool’s Rob Clarke and the Wooltones lighten the mood with their jaunty, jangly “End of the End,” from their 2014 LP The World of the Wooltones. Who says bad news has to sound bad? By contrast, a song sure to be voted more cinematically ‘end of the world’ is The Call’s “Apocalypse,” from the band’s least successful early album, 1984’s Scene Beyond Dreams. I always thought The Call were British but they are certainly vibing their Santa Cruz roots on this track. Annabelle Lord-Patey is Elliott Smith reborn on her gentle apocalyptic ode, “Doomsday,” a cut from her wonderful debut album Polaris. Fingerpicking your way to oblivion never sounded so good. Hip fuzz rockers Best Coast prepare for “The End” in style on this song from their exquisite 2010 release Crazy for You. This swinging track will definitely put a skip in your step. And for something a bit different, Jill Sobule imagines the end of times as an orgy of not paying bills and making beds on “A Good Life” from her 2009 record California Years. Now, that sounds about right to me.

It may have sounded like the end of the world over this past week but we’ve been mistaken before. On the off chance we’re still all here in the days ahead, let’s help our fave artists keep heart and hearth fortified with some cash transfers via Bandcamp or your favourite internet music retailer.

Best Coast, Beverly, Black Honey, California Nights, Hello Today, Honey Do, How They Want Me to Be, Spinning Wheel, Victoria

Today’s post is brought to you by the letter B.

Beside finding our selections filed under the same letter, they also share some great fuzzed out guitar and non-standard female vocals.  Traditional rock and roll is a viciously gendered game, with women slotted into supporting roles (“who wants to play the tambourine?”) or as the vocalist-cum-sex symbol.  But that has been changing over the past two decades.  These three acts mark how far we have come. 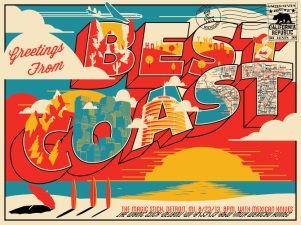 Best Coast have a great noise going on with their recordings, a steady drone that sounds like freshly-squeezed early sixties beach rock combined with a dollop of late sixties fuzzed out psychedelic guitar.  Bethany Cosentino’s vocals often go someplace deep and moving, reminding me of Neko Case.  There are so many great possible choices to feature from this band but I think “How They Want Me to Be” is such a lovely homage to late 1950s angst rock: simple in structure, striking in execution, particularly the vocal arrangement.  I got to see them open for the Go Go’s summer tour in 2016 and though it seemed like a strange match up at first, their live version of the more recent single “California Nights” was nothing short of magical.How They Want Me to Be

Beverly have a guitar crunch that won’t quit on the splendidly retro-fifties “Honey Do.” The vocals seem understated at first but blossom into some great harmonies in the chorus.  While this song garnered the most attention for the group, the whole 2014 debut album Careers is a shimmery rock and roll treat.  2016 marked a shift in sound and focus on The Blue Swell, with both guitars and vocals sounding a bit lighter and more poppy, but still hooky.  “Victoria” captures this new direction nicely. 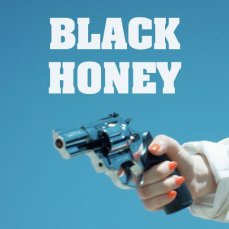 Black Honey offer a more theatrical bent with vocalist Izzy Baxter channeling a host of 1960s mannered female singers on “Spinning Wheel” with its Morricone western guitar riffs and ballad-style delivery.  But the new “Hello Today” has Baxter going for a more straight out rock and roll sound, combining sixties and seventies influences.  The song chugs along with catchy riffs and great vocals, superbly given visual expression in the band’s first video.

This is a triple bill I would love to see!  Catch up with Best Coast, Beverly and Black Honey, their recordings and tour schedules, on their smartly designed web spaces. 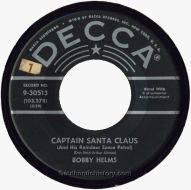 The holiday music scene is a bloated market, artificially inflated by the pushback of the start of the Xmas season to sometime shortly after midnight on November 1st. Department stores, malls and elevators everywhere crave more songs to wallpaper two months of shopping with holiday music. Still, despite the saturation, I love Xmas music. My collection has both old and new contributions and a surprising number of b-sides. For instance, a top ten choice for me is the flip side of Bobby Helm’s “Jingle Bell Rock,” a space age number called “Captain Santa Claus.” Santa’s sleigh breaks down, the elves build a rocket ship, you get the picture. But rather than simply being a novelty cash grab, it’s actually a decent song. Another great b-side is the backing track to John Lennon’s “Happy Xmas,” performed by Yoko Ono: “Listen the Snow is Falling.” Ok, that one will be more controversial – but I like it.

The internet is crawling with holiday music playlists and definitive collections of holiday music from every era and style imaginable – so I won’t do something like that here. Instead, I’ll just riff on the theme with a few choice poprock selections. 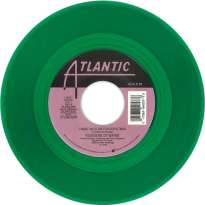 Many people are familiar with Fountains of Wayne’s “I Want an Alien for Christmas” but I prefer their more subtle ruminations in “The Man in the Santa Suit” from their 2005 rarities and b-sides collection Out-of-State Plates. The song has great hooks but it is FOW’s unerring ability to capture the social ennui of the holidays that sets it apart. Everybody in the song – from the boozy mall Santa-for-hire to the vomitous and unhappy children – is trying but not really succeeding in living up to the joyous demands of the season.

Fountains of Wayne – The Man in the Santa Suit

For a rockier tune, Best Coast and Wavves “Got Something for You” has more of a ‘buzz guitar with dreamy vocals’ vibe. On the poppier side, before he fronted the Eels, Mark Everett was known simply as ‘E’ and offered up more crafted poprock than his band’s later edgier material. “Everything’s Gonna Be Cool This Christmas” harkens back to his E rather than Eels’ days. 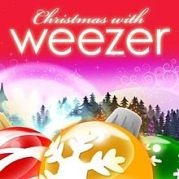 Coming back to edgy, Weezer transforms “Come All Ye Faithful” to bring out the great pop elements of the song with a treatment that reminds me of Me First and the Gimme Gimmes’ cheeky punk-pop makeovers of classic poprock songs. For some Canadian content, The Kings were a Toronto band best known for their 1980 hit “This Beat Goes On/Switching to Glide” but on a follow up EP they performed their own holiday number, “This Christmas” which I always thought warranted more attention.

The Kings – This Christmas 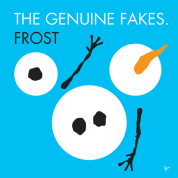 To wrap up, three more recent songs, one by the Scottish band Dropkick, another by Sweden’s The Genuine Fakes, and the last from North Carolina’s The Rosebuds. Dropkick’s “When Santa Comes Around” is from their strong holiday EP, 25th December, while The Genuine Fakes offer up their poprock reinvention of “Do You Want to Build a Snowman,” originally featured in the movie Frozen. The last song here I heard on an holiday themed episode of The Flash and it stuck in my head so much that I tracked it down online: the Rosebuds “I Hear (Click, Click, Click).”

You can find the artists featured in this post here: Fountains of Wayne, Best Coast, Wavves, Eels, Weezer, The Kings, Dropkick, The Genuine Fakes, and The Rosebuds.