A Piece of What You Need, Hi Heaviness, In My Arms, John Mark Nelson, No Control, Patrick Boutwell, Show Me Something Real, Sings the Moon, Teddy Thompson, Turbo Fruits

Patrick Boutwell’s first solo outing came highly recommended from Powerpopulist, a blog that manages to blow through a truly impressive haul of new music.  With Hi, Heaviness Boutwell departs somewhat from the sound he honed on his many records with the band The Brother Kite.  Where the former has a lovely English-spacey sound circa the mid-1980s, this record features more sparkling guitars and up-front hooks.  Most of the songs here lure you in with some great fat trebly guitar riff before launching in to the main event, with “Love Lies Waiting’ a stellar example.  Though, I must admit, I was torn between featuring this song and the very catchy (though intro-less) title track.

I saw John Mark Nelson open for Little Green Cars in Toronto last month and I was struck by his boyish earnestness, a quality that permeates a great deal of his recorded material.  His first three albums are alternatively folky, whimsical, sometimes even vaudevillian, occasionally poprock, while his most recent, I’m Not Afraid, marks a departure into more serious territory.  Check out his video for “Moon and Stars” to get a sense of where he is coming from: interesting instrumentation, original arrangement, and strong sense of fun.  But the song featured here taps into a melodic, neo-folk sound that seems part Donovan, part Don McLean, and altogether moving in its earnest sincerity. 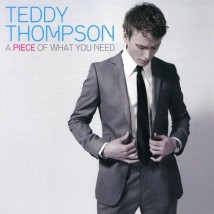 At the risk of turning this blog into a Teddy Thompson fan site, I had to feature “In My Arms” from his 2008 album A Piece of What You Need.  On his fourth album, Thompson exudes a new confidence, bringing all his disparate influences together into a bold new style, with “In My Arms” as a dynamic single.  The opening drums signal some classic poprock is being served up and Thompson does not disappoint.  The hooks are so subtle you don’t realize you’re being seduced until you find yourself singing along.  The accompaniment is both traditional and unusual: solid acoustic guitar anchoring the song, nice electric guitar flourishes, great background vocals, but then inserted here and there are what sound like video game sound effects and a killer, full-on, in-your-face organ solo.  In your own personal imaginary video, the top is down on the convertible, the wind is blowing through your hair (in the most photogenic way), and the radio playing this song is cranked.  Of course, this video captures the sentiment nicely too. 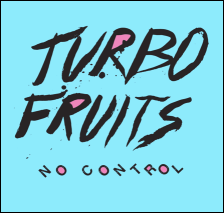 There is something very Dandy Warhols about the recent Turbo Fruits single, “Show Me Something Real.”  On their most recent recordings, both bands appear to combine a late 1990s rock sound with some classic late 1960s ambience, to great effect.  While a number of critics appear to be lamenting this latest shift in sound by the Turbo Fruits, I think it really works.  The fact is, you can only push a fratboy punk esthetic so far and then it is time to figure out where you really want to go musically.  With their latest album, No Control, this band demonstrates just the opposite and comes up with a winner, not just with this single but with other strong tracks like “The Way I Want You” and “Don’t Let Me Break Your Heart Again.”

Have we made the point that musical artists need money?  They do it for love, but they still need cash for food and rent so why not drop by the web portals associated with Patrick Boutwell, John Mark Nelson, Teddy Thompson, and the Turbo Fruits via these hotlinks.