With just ten million people, Sweden definitely punches above its weight in international popular culture. I mean, sometimes it seems like every second person there must be a crime fiction writer or member of a rock combo. Maybe both. Today I feature just two fab Swedish bands that deserve more scrutiny from discerning international poprock fans: Caesars and The Lonely Boys. 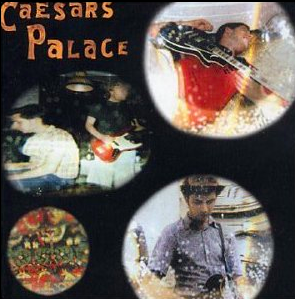 First up: Caesars, aka Caesar’s Palace, aka The Twelve Caesars. Confused? They started with Caesar’s Palace for the first few albums but worried about problems with a certain US hotel chain and so shortened it, while the 12 was added for tours around Scandinavia, for reasons that are unclear. Well, suffice to say, everything can be found under the Caesars brand now. Altogether the band released five albums between 1998 and 2008 but the first two are not generally available, though some of their songs appear on the 2003 compilation 39 Minutes of Bliss (in an Otherwise Meaningless World). The group’s breakout record was 2002’s Love for the Streets and it’s not hard to hear why, the album is chock-a-bloc full of hummable wonders that tap into a wide range of sixties and indie eighties motifs. From the anthemic “Over ‘for It Started” to the tripping good-time feel of “Candy Kane” to the more country-ish Stonesy feel of “Cheap Glue” the LP slips by effortlessly in easygoing party mode. The overall strength of the record is typically overshadowed by its underground monster organ-heavy hit “Jerk It Out” but I urge listeners – don’t stop there! It’s a cool tune, for sure, but there is so much more to love from this band. Both 2005’s Paper Tigers and 2008’s Strawberry Weed are solid albums, full of melodic treats, like “We Got to Leave” from the former and “Stuck with You” from the latter.

We Got To Leave 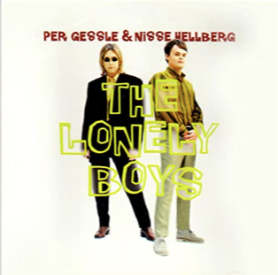 Next, a band created to provide a soundtrack to a book about a fictional 1965 band. In 1995 one half of Swedish duo Roxette agreed to put together a group and songs for Swedish author Mats Olsson’s 1995 novel The Lonely Boys. The results are 1965 fabulous! Per Gessle and his ragtag band of veterans from the Swedish music scene essentially become The Lonely Boys. They easily nail the sixties vibe as well as better known retro efforts like That Thing You Do, which came out a year later. The self-titled debut cranks through all the classic Beatles/Stones sounds but there is also a solid dollop of 1979 on tracks like “Lonely Boys” (with that slightly sped up Beatles sound). Then there’s “I’m Not Like You” which draws more on the Kinks and Who while “Keep the Radio On” flashes more Merseybeat. The only cover here is the Jagger/Richards rarity “So Much In Love” but “Flowers on the Moon” also sounds pretty late 1969 Stonesy. And then there’s the killer jangle on “Genius Gone Wrong.” For the uninitiated, The Lonely Boys will an unavoidable full-record listening session.

Seems Sweden used to be just famous for massages and a pretty good welfare state. Well, they needn’t stop there. Get caught up on these Swedish pleasures online.