The Decibels, The Demos

Today’s duo of bands are like opposite ends of the Beatles influence circa 1966, with Rochester NY’s The Demos handling the sweet vocal harmonies and melody-driven tune-age while Sacramento California’s The Decibels grind out a bit more of the rockin’ jangle side of the equation. Both bands benefit from strong songwriting and some pretty inspired and unpredictable performances. 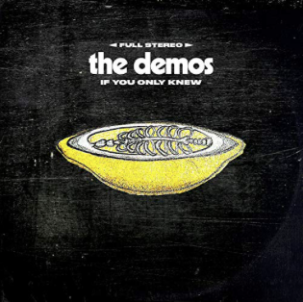 The Demos debuted with a low key EP, 2008’s Your Girl Has Fun Without You. The band’s essential elements are all there in the opening track, “I Gotta Know” with its spare guitar work and layered vocals. Overall, the EP reminds me of more recent fab work from The Rallies. 2011’s full album Lovely fleshed out the band sound a bit, sounding slightly reminiscent of Farrah on tracks like “Nervous.” And check out the full on ELO vocal palate cushioning “Don’t Wake Me Up Again” – breathtaking!  2016’s Paramount Clouds EP takes things in more Rooney-ish direction, particularly with the keyboard focus on “I Don’t Mind.” Personally, I think the 2018 If You Only Knew EP may just be The Demos strongest outing, representing another slight departure style-wise changing up the keyboard and vocal delivery. Should-be hit singles “Make It Better” and “If You Only Knew” vibe a host great bands like Guster or Sunday Sun without losing any of their own originality. The spooky background vocals on “Make It Better” alone are worth the price of admission! The EP also features a nice reinterpretation of the previously released “Nervous.” Oh for the days when a ferry could taxi me over Lake Ontario to see this band.

I Gotta KnowMake It Better

The story of The Decibels is like a script right out of indie rock and roll Hollywood. Promising band release a handful of great records to critical acclaim but poor sales. They break up. Then they’re brought back together for a one-off show and fan demand pushes them to reunite but, alas, poor health stalls the comeback. But somehow, years later, the band returns with new material and new lease on rock and roll life! The Decibels roared back into action in 2019 with not one but two new records, both critically acclaimed. Big Hits (plus twelve more!) was a rehearsal session of the band’s live act (focusing on cover tunes), originally taped to help them prepare to record new original material. But the record company liked the sound so much they insisted on releasing it. It was so the right decision. Compared to their other 2019 long-player, the feel of Big Hits (plus twelve more!) is a bit edgier, with a punky live vibe. It’s amazing to hear how they bring new life to songs like “Pictures of Matchstick Men” by picking up tempo (frankly, I found the original Status Quo version a bit plodding). The album is full of highlights like the glorious “Sometime in the Morning,” the melodically rocking “Ship Went Down” and “There’s a Place,” the vocally clever “Try and Stop Me” and the very 1979 stripped-down new wave sound of “Cover Girl.”

Of course, none of this is meant to suggest that their other 2019 release, Scene, Not Herd, is anything less than stupendous. The album is brimming with radio-ready should-be hits like “Hey Emily,” “I Need to Tell Her” and “Misery.” The renewed band sometime come off like a more indie version of The Wonders, the fictional group from the film That Thing You Do. At other times you could be forgiven for thinking The Plimsouls had got back together on tracks like “The Only Reason Left” and “Thinking About You.” And here’s a bonus if you just discovered The Decibels – there’s a pretty special back catalogue awaiting your attention! For instance, the band’s 1997 debut Create Action is a janglicious mix of 1960s-meets-1990s swinging tunes. Check out “Change,” “Something Good to Go By” and “Can’t Play Tag Alone,” the latter sounding like a compressed greatest hit of the 1966 mod rock and roll sound.

I don’t know what Sesame Street was on about but as the letter D has no money it clearly cannot be the real sponsor of today’s post. That, dear reader, is left to you, via your dutiful patronage of these fine artists. Visit The Demos and The Decibels to help sponsor ever more quality poprock programming.