Need some distraction to get through the holiday season’s seemingly endless family overtime period? Come with me to the listening room where we can tuck in to a raft of albums, all worthy of diverting your attention from squabbling children and leftovers. Divided into two sessions for your listening pleasure.

I miss a lot a stuff as the year goes by and one major oversight was overlooking relocated PEI-now-Toronto poprockers kiwi jr and their fab debut LP Football Money. The Canadian critics are falling all over themselves to heap praise on the band and deservedly so. Songs like “Gimme More” manage to namecheck a load of Canuck references and still sound cool! Listeners constantly reference Pavement’s Stephen Malkmus but I hear a lot of Cool for Cats-era Squeeze on tracks like “Leslie” and “Football Money” or maybe a bit of The Strypes on “Murder in the Cathedral” and “Comeback Baby.” Personally, I’m loving the nice jangly guitar, Jonathan Richman wide-eyed vocals, and oh-so-clever lyrics that are all over this record, but particularly pronounced on the obvious single, “Salary Man” and the delightful “Nothing Changes.” Football Money is not a pick-and-choose amongst the songs release, it’s definitely a full download. 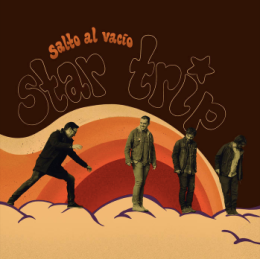 Valencia, Spain’s Star Trip are obviously big Big Star fans. The influence is all over their 2019 long player, Salto al vacio. And yet they are so much more. First, their songwriting is strong and original. Coated with a shimmering guitar resonance and blissful harmony vocals the songs sound like a sun dappled summer day. I have no idea what they are singing about (it’s all in Spanish) but the sonic palate strongly suggest a post-1960s dose of truth, beauty and love. The whole record says ‘play me!’ but if I were single out anything, listeners are going to love the jangle and hooks propelling the opening title track, or the country pop elements undergirding “Hasta el atardecer,” or the Matthew Sweet quality of “Dias sin saber.” Overall, Salto al vacio is a must add for jangle addicts. 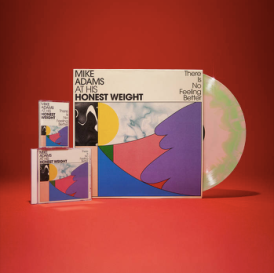 Add the new Mike Adams at his Honest Weight record to the pile with the likes of Matthew Milia, Telekinesis’ Michael Benjamin Lerner and even Marshall Crenshaw. Their defining element? Albums full of ebullient melodic gems, showcasing a deep knowledge of the poprock canon and an ability to twist such influences into original new material. Adam’s new LP There is No Feeling Better is a case in point. Each song is a perfectly crafted melodic miniature. From the off-kilter Beatles influences framing the opening track “Pressing Mesh” to the epic keyboard/acoustic guitar contrasts animating the closer “So Faded” this is a record of oh so pleasant surprises. “Do You One Better” is the obvious single, with its measured build up and strong melodic payout in the chorus. “Free and Reduced” has some great interplay between the rumbly guitar and 1980s keyboard while “Wonderful to Love” stokes a 1980s languid poprock groove. And check out “Datsun Dashes” with its reinvention of early 1960s American pop and Beatles influences or “I Need You” which sounds like a beat group version of the Eagles. Another ‘all-player’ for any road trip lasting longer than 39 minutes.

Let me slip in an EP amongst all this LP celebration.  I featured a song recently by Pittsburg native Dave Molter but then got a copy of his 2019 EP Foolish Heart. Wow! What an action packed collection of ear worms. While citing the 1960s and Beatles as his main influences, Molter offers up a collection that exudes the best of 1980s poprock a la Greg Kihn, Huey Lewis and the News and ELO. I already lauded the Jeff Lynne-ish “Mid-Century Man” in my previous Molter post, now let me add praise for the EP’s title track “Foolish Heart” which could easily find its way onto any John Waite solo album, the psychedelic “See the Sunshine,” and the smile-generating Beatlesque “Tell Me That You Love Me.” Seriously, for Beatles fans, try not breaking into a grin when this song comes on! My only complaint about Foolish Heart is that it is an EP. Poprock Record wants more Molter!

Click on kiwi jr, Star Trip, Mike Adams at his Honest Weight, and Dave Molter and get your copies of these great albums with all the leftover holiday cash I’m sure is just lying around.