Andrew Leahey and the Homestead, Billy Cowsill, The Blue Shadows, The Secret Sisters, The Volebeats 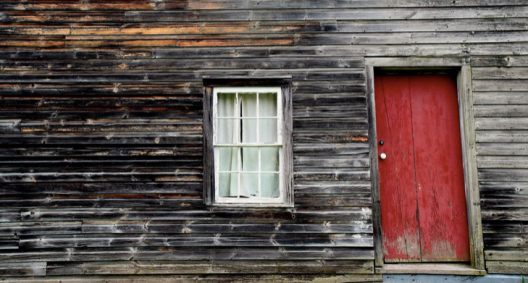 In the miracle synthetic vortex that was the 1960s the distinct country and western influences that Elvis, Buddy Holly and the Everly Brothers took into rock and roll were mainstreamed into the Anglo-American music scene by acts as diverse as The Beatles, The Byrds, Crosby, Stills, Nash and CCR. Twang became just another flavor of modern music, though its popularity waxed and waned throughout the 1970s and 1980s before becoming an established genre-proper in the 1990s and beyond. In celebration today, let’s twang it!

One of the most exciting records to land in 2019 is the new release from Nashville-based Andrew Leahey and the Homestead, Airwaves. Already lauded by the likes of Rolling Stone and Billboard magazine, the album has been hailed as an unabashed heartland rock and roll revival a la Tom Petty/Bruce Springsteen. Opening track “Start the Dance” is definitely channeling some early 1980s Tom Petty and the Heartbreakers melodic charm while the album’s first single/video “Airwaves” is a full-on celebration of 1980s hit single FM radio. Check out the cool shift to acoustic rhythm guitar at the one minute mark, a striking change-up reminiscent of some of Roy Orbison’s later work. The rest of the album shifts from the pop rock and roll of “Queen and King of Smaller Things” to more lightly country-coated twang of tracks like “Flyover Country.” I love the line in the former about how ‘the country’s run by rich men’s sons that don’t look like anyone we’ve seen around here’. And then there’s the more gentle organ/pedal steel roll out on “Remember This” with its clever name-checking wordplay. And in case you missed the band’s 2016 release, Skyline in Central Time, consider it required homework (that you will enjoy).

The Volebeats are twang that originates from Detroit, part of the late 1980s alt-country scene. Eight albums later, the band carries on, though a lot of their material is hard to find. For instance, their most recent self-titled album is not available on Canadian iTunes! A shame as the record has some killer cuts, like “Walk There,” a track that could stack up with anything from The Jayhawks or Rank and File. Going back, “One I Love” has that great western poprock sound I associate with the BoDeans and some early R.E.M. Another gravely overlooked band working the twang scene in the early 1990s was The Blue Shadows. The group was built around the songwriting and vocal harmony talents of Jeffrey Hatcher and Billy Cowsill (of The Cowsills fame). Despite releasing two incredible records, 1993’s On the Floor of Heaven and 1995’s Luck to Me, the band couldn’t get a break, being too traditionally country for both Nashville and rock and roll radio. What a loss! “Deliver Me” showcases the songwriting and singing talent of the group. They did great covers too – check out their take on Arthur Alexander’s classic “Soldier of Love,” a version I think I like better than treatments from the Beatles and Marshall Crenshaw (and I like those ones a lot!). Rounding out our twang tribute are The Secret Sisters, a duo who combine harmonies and hooks in particularly exquisite way. “Black and Blue” from their 2014 album Put Your Needle Down is a perfect modern take on an early 1960s song styling, complete with rumbly guitar and a swinging melody. Hard not to hum along with this! Meanwhile “He’s Fine” from their 2017 LP You Don’t Own Me Anymore has a more traditional twang feel. The Volebeats – Walk ThereThe Blue Shadows – Soldier of LoveThe Secret Sisters – Black and Blue

Get your twang on with a visit to Andrew Leahey, The Volebeats, The Blue Shadows, and The Secret Sisters, if you can find them. They’re all definitely worth the search.

2 thoughts on “Twang it! Andrew Leahey, The Volebeats, The Blue Shadows, and the Secret Sisters”