Teenage Fanclub is a band that keeps on giving. I count no less that seven break away bands and side projects that have emerged from the TF stable. It kind of reminds me of those early 1970s rock family trees that would trace the relationship of the Bryds, the Hollies, Buffalo Springefield, Crosby, Stills, Nash and Young and so on. Of course, in this case none of the subsequent bands have quite matched the success of the original, but they have produced some damn fine music.

Now BMX Bandits technically preceded Teenage Fanclub but TF members like Norman Blake and Francis Macdonald regularly went back and forth between the two groups. Douglas T. Stewart wrote endearing, melodic tunes with both of the above mentioned TF members. The band has ten albums and lot of great stuff to choose from but I’m singling out “Back in Your Heart” from 2003’s Down at the Hop. Though I also have to mention the charming and wistful “Take Me to Heaven” from 2007’s Bee Sting. Then Norman Blake created a new outfit called Jonny with Dave McGowan joining later. The combo had a very TF sound rubbed around the edges with some 1950s sensibilities. It took a few years to produce a record but 2011’s self-titled Jonny was worth the wait. “Candyfloss,” “You Was Me” and “Circling the Sun” are standout tracks for me.

BMX Bandits – Back in her Heart

And what is it about the drummers from this band? Drummer Paul Quinn left the band to form The Primary 5 who released three strong albums in the first decade of the new millennium. 2004’s North Pole maxes out the jangle on killer catchy tunes like “Mailman” and “What Am I Supposed To Do” and then changes things up with the sophisticated piano-laden “Easy Chair” and country-rock “Happy.” 2007’s Go kicks off with a heavier sound on “Off Course” but quickly melts back into those Byrdsian harmonies. “Sunsets” is a lovely languid mid-1960s piece of poprock. Meanwhile “Out in the Cold” has a more ominous 1980s melodic rock sound. And then there is the former and current TF drummer Francis Macdonald, a super talented singer, songwriter, multi-instrumentalist who has released a wide variety of material, including some moving piano and cello classical work. His band Nice Man and Bad Boys released The Art of Hanging Out in 2011 with a sonic palette just a bit more spare, acoustic and spacey in its arrangements than TF but still recognizably related. We featured the great single “Love is Game Two Can Play” before, but that doesn’t exhaust the great stuff here. A comparable single is certainly the hooky “Forever is a Long Time Without You” that opens the record. Other highlights would be the smooth 1950s-cum-1980s “Pretty Brown Eyes” and amusing and whimsical “Slinky.” 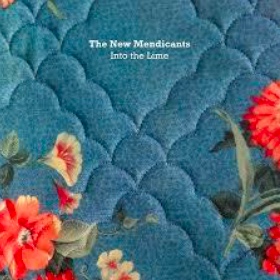 For a lighter touch, Snowgoose (featuring David McGowan and Raymond McGinley) and Lightships (featuring Gerard Love) take the peaceful easy feeling part of the TF legacy for a spin. “Hazy Lane” from Snowgoose’s 2012 Harmony Springs has a lovely traditional pop-folk feel but those signature TF harmonies are still there. Meanwhile Lightships take things into a more LoFi direction on 2012’s Electric Cables. I love the slow build on the mildly chiming “Sunlight to the Dawn.” The last stop on this TF diaspora world tour is Norman Blake’s most recent diversion, The New Mendicants, with ace power popper Joe Pernice. These two make a great dissonant combo, pushing each other in new directions. The background vocals and musical style is a definite departure from the TF branded sound. Very Beatles on “Cruel Annette” while “If You Only Knew Her” mines a part of the country-rock canon somewhat neglected by TF, particularly on the vocals.

Amid all this other band activity, Teenage Fanclub go on, still putting out solid records more than two decades later. But clearly there was just too much music to be contained within the TF brand. Aren’t we the lucky ones? Start your tour of the diasporic influence of TF on BMX Bandits, Jonny , The Primary 5, Nice Man and Bad Boys, Snowgoose, Lightships and The New Mendicants and expand your TF universe.

2 thoughts on “The Teenage Fanclub diaspora”