Boudin, Get Up, J.F. Sebastian, Luck, Make Up, Towards the Sky, Wiretree 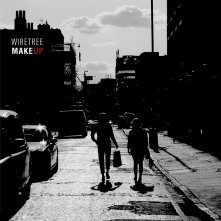 You’re watching some show on Netflix or Crave and you think ‘hey, what is that music in the background, setting the scene, plucking at my emotional heartstrings’? It could easily be the sound of Wiretree. This is a band that has mastered the strummy melodic atmospheric background sound so omnipresent in our binge-watched entertainment. Albums from 2007, 2009, 2011 and 2013 mined this field with utter confidence. Powerpopulist put me on to the band and a brief exposure to their catalogue on Bandcamp quickly had me downloading everything.  I love “Notion” from Boudin, “Across My Mind” from Luck, “Tonight” from Make Up, and “Marching Band” from Get Up. 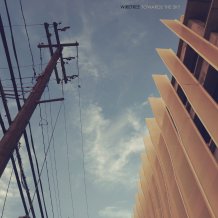 Yet there is something qualitatively different about Wiretree’s latest release, Towards the Sky. The album opens innocuously enough with “Let Me In,” a great song in keeping with band’s traditional sound. But then things get crazy, in a good way. “J.F. Sebastian” is a total departure for the band but it works, sounding a bit like The Zolas, particularly on the vocals. Then “Between the Lines” has a nice folk country vibe with a great harmonica solo. “Dive” and “Didn’t Know Your Name” work the indie poprock sound to good effect. “Don’t Let it Go” has a nice retro early 1960s disaster pop sound. This is the sound of a band arriving, in command of its artistic destiny.

Get in on the ground floor of loving Wiretree by visiting their website, Facebook page, and Bandcamp releases.