Jonathan Coulton is an American musical treasure.  His ouvre could be cast somewhere between the goofy bombast of Weird Al Yankovic or Jim Stafford and the more subtle, sardonic touch of Randy Newman or Lyle Lovett.  Still, Coulton’s ability to write great tunes means that his work is not merely a series of punch lines.  His material is often funny, sometimes in an in-your-face style, but as often as not the humour is delivered in a throw-away line that you might miss if you’re not paying attention.  The point is, you might tune in for the jokey title but you hit repeat because the hooks and melodies won’t get out of your head. 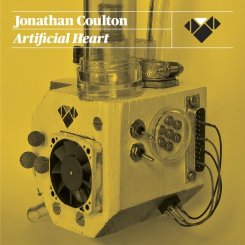 A lot has been written about Coulton and his connection to geek culture or how he has eschewed conventional models in the music business and yet still succeeded.  The latter is particularly interesting given the challenges that musicians are facing today in making a living doing music.  Coulton basically releases all his music himself, sans record company contract, and works the geek scene with careful attention to his fan base via social media and themed boat cruises.  Somehow he is making money, but check out Clive Thompson’s New York Times piece on Coulton’s relationship with his fans to see just how much around the clock effort is involved in making this approach to the music business work.  Still, Coulton inspires intense dedication: most of the videos featured here were created by his fans!

Still, what caught my ear about Coulton was the music, first and foremost.  Variously described as folky or geeky, and there is certainly that, a great deal of his material also draws from the classic poprock sounds of the 1970s and 1980s.  There is more than a bit of new wave in his amusing ode to that Swedish furniture maker in “Ikea” or the monster horror theatre-like “Creepy Doll.”  2010’s “The Princess Who Saved Herself” has great XTC-ish guitar line that segues into a poppy tune with a great sentiment (now also a children’s book!).  “Code Monkey” sounds like the Cookie Monster to me, all grown up and suddenly crippled by introvert tendencies.  Coulton manages to capture both the humour and tenderness of the hopeless computer geek in love with a gal who is out of his league.  “Tom Cruise Crazy” has a Lyle Lovett impishness, while “Pizza Day” honours that great elementary school tradition with absurd solemnity.  Meanwhile “Chiron Beta Prime” gives the holidays a proper dose of menacing robot oversight.

I could go on because there are just so many great Coulton tunes, though coming to grips with them as a whole poses some challenges.  Coulton is not simply unconventional in self-releasing his music, his material often comes out in dribs and drabs, featured in video games or podcasts, etc.  He has, essentially, three major releases as albums, 2003’s Smoking Monkey, the four volume Thing a Week album that features songs written for his 2006 project where he wrote and released a song a week for a year, and his 2011 masterpiece, Artificial Heart.  The latter album is probably his most realized vision thematically, yet still full of his usual humour and pathos.  Personal faves include the rocking “Nemeses” with the Long Winters’ John Roderick and the atypically sombre “Nobody Loves You Like Me.”

Not surprisingly, Jonathan Coulton can be found all over the internet: Facebook, personal webpage, various fan sites, and a pretty hilarious twitter feed.  Jonathan Coulton, he’s not just for robot overlords anymore.